On Monday morning Winnipegger Cindy Klassen attended a ceremony at the Fort Garry Hotel in her honour as an Olympian and philanthropist, where many speakers talked about her faith in God.

In 2019, Cindy Klassen was inducted into Canada's Walk of Fame at a ceremony in Toronto, just a month before she would become a mother. On Monday, July 11, 2022, Klassen received a plaque with the Hometown Star Program, a replica of her star in Toronto, during a ceremony held at the Fort Garry Hotel. Many people came out to celebrate Klassen's accomplishments and influence all across Canada.

The Hometown Stars initiative launched in 2017, providing all future Inductees with an additional opportunity to celebrate their induction in their hometown with a free public celebration featuring a commemorative plaque unveiling (to be mounted at a unique location of their or their families’ choice), special guests, and musical performances.

"I'm so grateful to God for giving me the ability and talent to speed skate," says Klassen at the ceremony. "This event has had me reflect on all the positive influences I've had throughout my life."

In 2006, the long-track speed skating world champion dominated the Winter Olympics in Turin, Italy, and became the first female speed skater and the first Canadian female athlete to win five medals in a single edition of the Olympic Games. Winning her first Olympic medal in 2002, Klassen won six Olympic medals in total, including one gold medal.

Klassen thanked her parents for teaching her a hard work ethic. She thanked the hockey coaches who "took a chance by having a girl on their team." She also mentioned that when Klassen switched from playing hockey to speed skating, the Winnipeg Speed Skating Club made her feel so welcome, which was why she kept returning.

"It's so special to be able to share this moment in the city and province where I grew up, and with my family and friends, the people who've been there for me," says Klassen. "It's so generous of the walk to also donate the $10,000 to a charity of my choice. I've chosen Mennonite Central Committee (MCC) and Airdrie Pregnancy Care Centre."

Each ministry Klassen picked received $5,000 for their efforts, explaining, "They're so close to my heart and I've been inspired by the work they do and helping those in need."

Carleen Koop, the manager of the Airdrie Pregnancy Care Centre couldn't attend the afternoon ceremony in Winnipeg but sent a virtual message, thanking Klassen for everything.

"We are so grateful to be a recipient of Cindy's generous donation as a member of the Canada Walk of Fame. If you know Cindy, you know she's incredibly humble. When Cindy first applied to volunteer here, she wrote on her application that she enjoyed sports and did well in them," says Koop, laughing. "She's also incredibly kind-hearted, quick to help, and genuine in her care."

Klassen's husband Matt and their two-year-old daughter Phoebe attended the ceremony at her side. She is pregnant and due with their second child in October. Originally this ceremony in Winnipeg was supposed to take place in October, but the Walk of Fame changed the date so she could come out from Alberta before the baby arrives.

"It's a pleasure to help honour a hometown hero, Winnipegger, and one of Canada's biggest stars, Cindy Klassen," says Mayor Brian Bowman who spoke during the ceremony. "She's currently the only Canadian Olympian to have a Winnipeg recreation complex in her name. I remember watching the 2006 Olympics, feeling such excitement because of the incredible performances of all our Canadian athletes but there was no question there was extra pride in a Winnipegger doing so well on the world stage."

Bowman went on to say, "we know that you're grounded in faith, family, and community and that's something that resonates with Canadians and all Manitobans."

Darryl Loewen, Executive Director of the Mennonite Central Committee (MCC) Manitoba branch was there to personally thank Klassen for choosing them as one of the recipients for the donation.

"Cindy became a hockey player and skater because that's what Manitobans do," says Loewen. "I'm certain Manitobans play hockey and skate because Cindy Klassen does and did."

Without Klassen's knowledge, one of her favourite singers/songwriters played a special piece of music to honour this special event. Steve Bell ended the ceremony by singing 'On the Wings of an Eagle.'

"To know that Cindy used one of my songs, or a few them, for focus songs before major races is stunning," says Bell. "As a young person you never think, 'I want to write a song that inspires an Olympian.' So you never know. I think that's why when we're given gifts, just get it out there and don't plan too much what they should do because they'll do things you never dreamed of. Then be ready to be surprised and delighted."

Bell met Klassen a few years ago at a fundraising event, where Klassen shared the impact Bell's songs had on her, including during her preparation for the Olympics

"Coming back home for an event like this really reminds me of how privileged I am," says Klassen. "It's truly an honour to have a star placed in my hometown. My hope is that anyone who comes across this star, especially the younger generation, might learn that a regular prairie girl from Winnipeg started off with an Olympic dream and that if they dream big and believe in themselves too, there's no telling where their dreams may take them."

Klassen's plaque will be mounted at the Gateway Recreation Centre within the next few months. 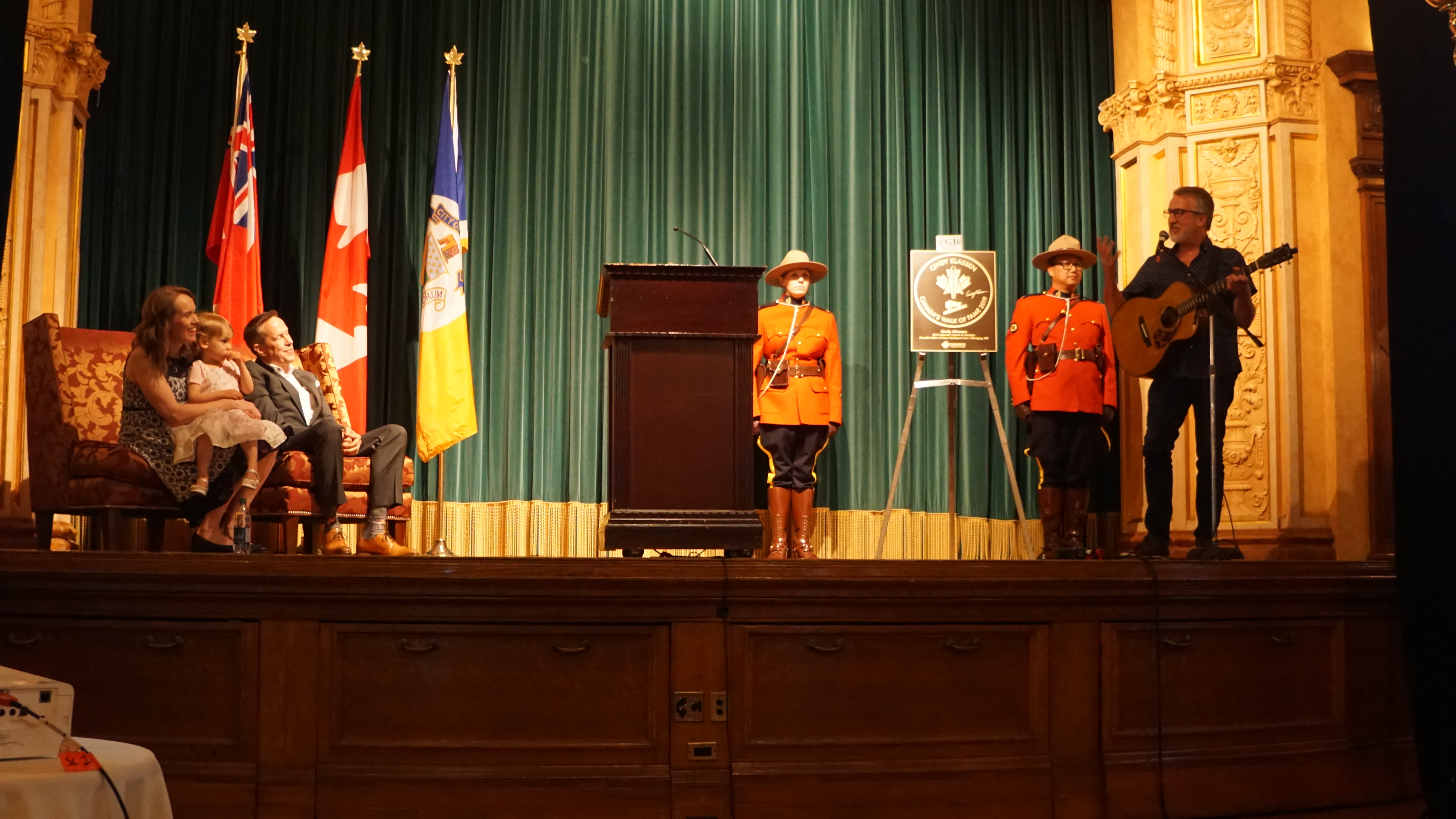 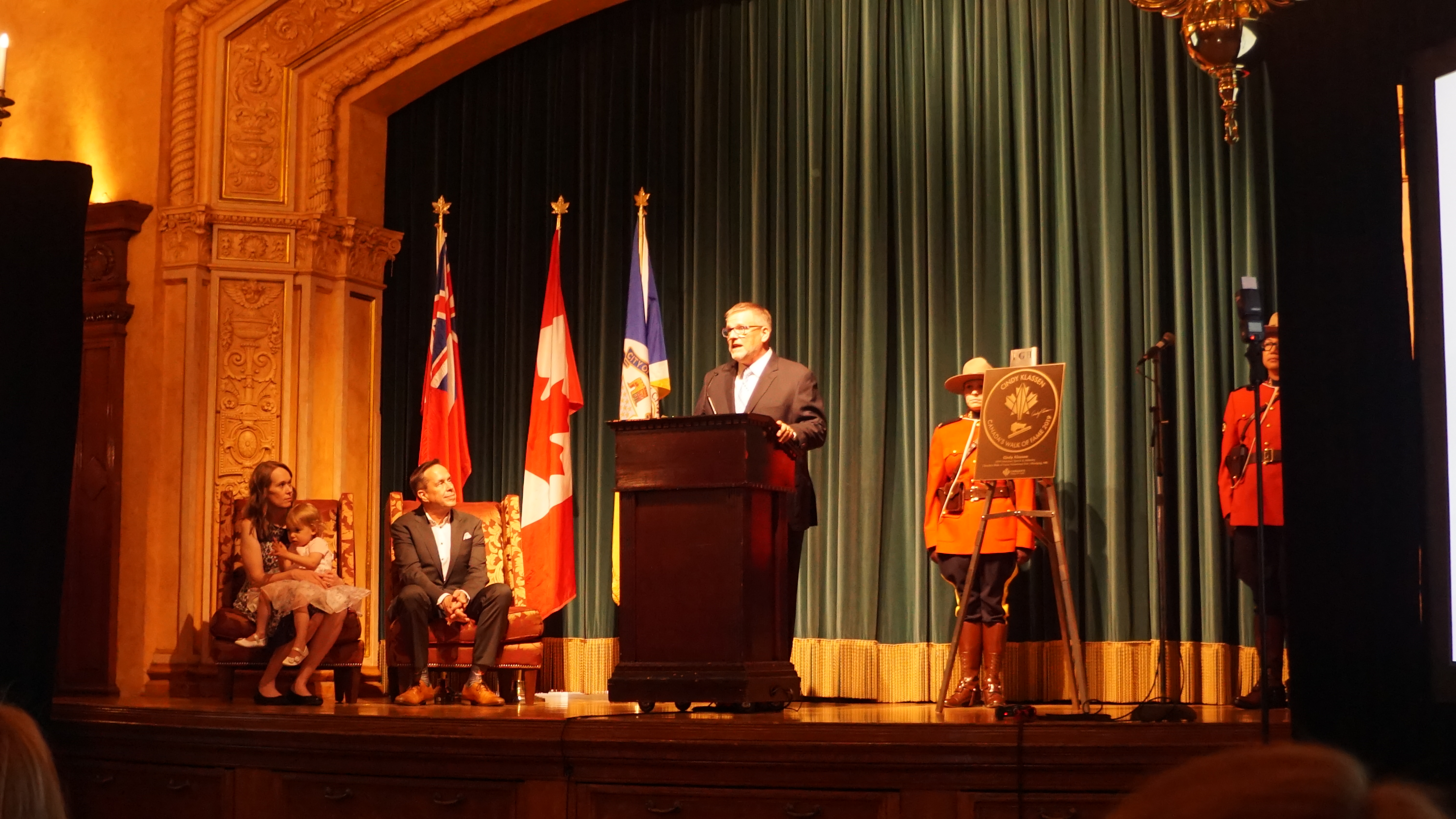 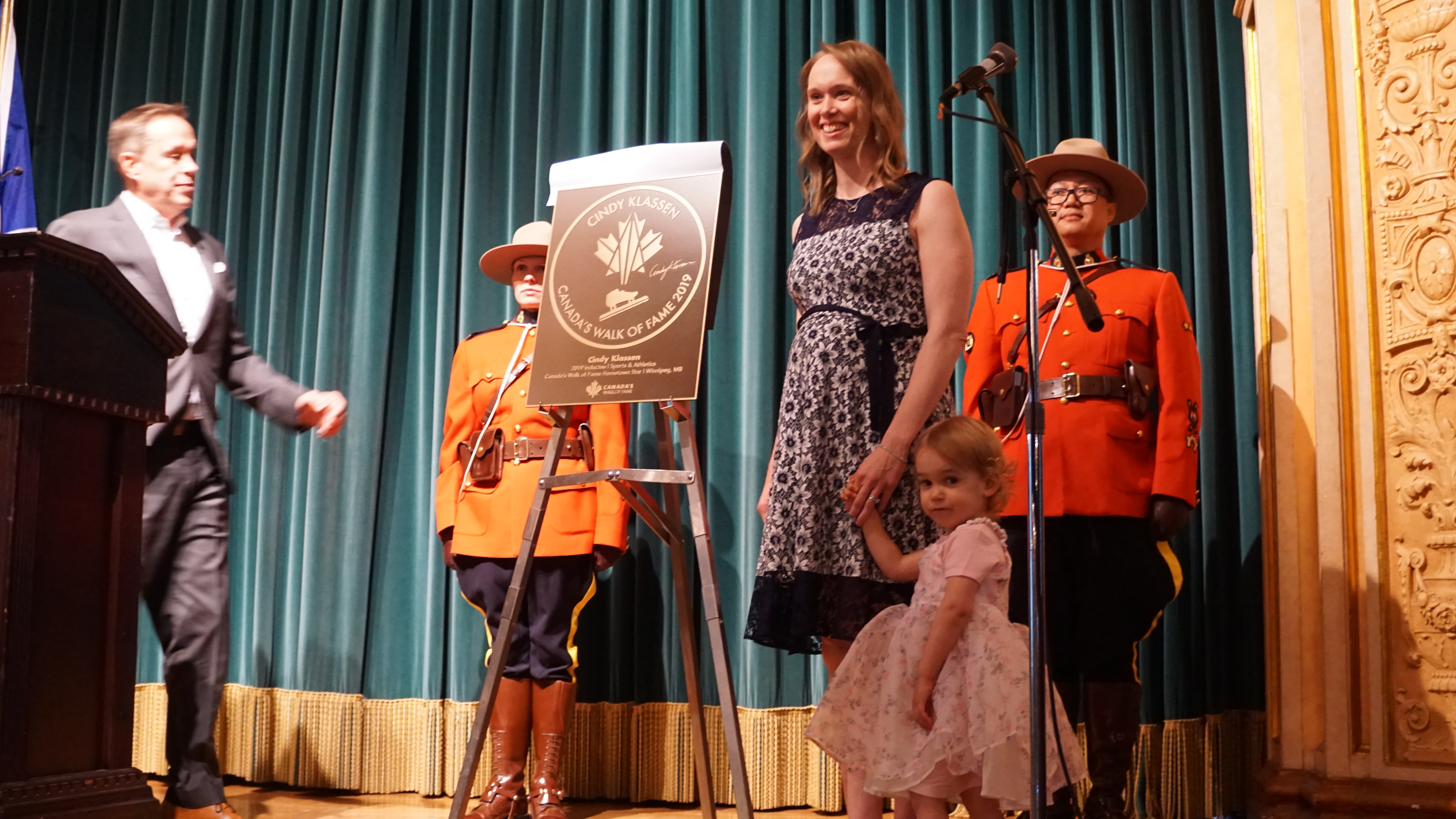 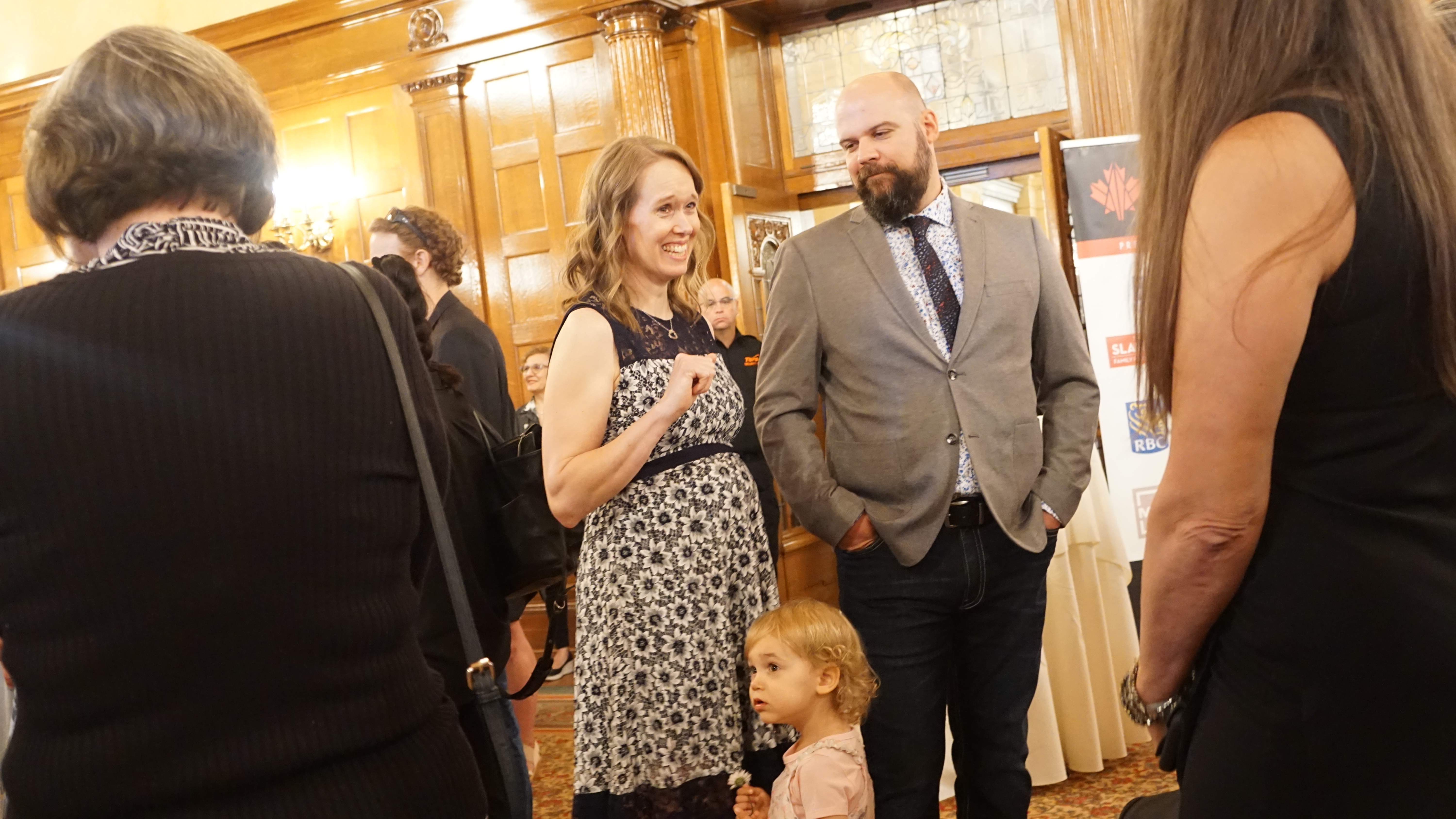 Canadians reflect about residential schools on Truth and Reconciliation Day