Winnipeg artists are bringing life and colour to the city with large murals for the West End Biz's Renewal Art Project.

Beginning earlier this month, artists of various cultures and ethnic backgrounds have come together to create 12 vibrant monuments in the west end of Winnipeg, 943 portage Avenue, where onlookers can determine the meaning.

"It's in partnership with the West End Biz and City Councillor, Cindy Gilroy, and together we worked on applying for a grant," says Project Creator, Mandy Van Leeuwen, when asked how the Renewal Art Project was created. "When we got close to succeeding in the grant, we knew that this could be a reality and so we began working on a vision for this project and they asked me to take that part on.

Van Leeuwen was in charge of finding artists to create these murals and chose artists she knew of and others who she has not heard of.

"In creating the vision for the project, they asked me to come up with who should be taking part in it. So, for a long time, I've been admiring almost everyone here, I have learned a few new ones since taking on this project. It's such a natural process of who could come and be part of this and that we could be as diverse as possible and so I sent out an invitation to everyone to come and do their own reflection of what renewed looks like to them."

The Art Renewal Project is not just an opportunity for local artists to portray their talents. Van Leeuwen also believes that it allows the public to come together and enjoy the creativity Winnipeg has to offer.

"I think it's like breathing some fresh new life and positivity. Like sharing new excitement and seeing something new and charged by pure art. It's so exciting and it's so fun just to do it in front of everyone and see the process. You're walking by, you know, and want to chat sometimes and it's just amidst that pure aura of positive creativity, togetherness, all these things that feel really good to be around."

Art is whatever you want it to be

Cheney Lansard is one of the 12 artists working on this project. His mural is still in progress and it has a meaning that is personal to himself, but he says that when he's painting, the art is up for interpretation.

"I have my own hidden meaning in it, but it's really anything that I decide to put into it is probably not necessarily grasped by anybody because I can't really bake it in. So, I sort of go with the general feeling of it and then hope that general good feeling is something that translates through because everybody brings what they have when they look at something. So, I try not to obsess too much about what it means, but definitely, because this is about renewal and about energy and good vibes, that's mainly what this is about."

Murals of this size take varying amounts of time, it also depends on the amount of detail the artist puts in. Lansard says that there is a lot of work that goes into planning what to paint.

"For the most part, this one just popped in my head and then I worked with the model to get some reference shots for it and she was awesome and in that whole process is part of how it evolves, because I have an idea in my head and then I work with the model and then it changes when you do because she has input as well and then you just go from there. It turned from something that was quite static to something that turned into a lot more active. So, the short version of it, each piece is different, in this case not long."

Another artist spoke on their piece. Xavier Mutshipayi has titled his mural "Sisterhood," and it represents love, trust and an unbreakable bond between people.

"This work of art represents sisterhood. Sisters do not have to be blood-related, or of the same ethnic background to share the same path. Sisters share a vision and are present for each other to achieve a common goal. They also propel each other forwards in their own personal goals. Sisters are a source of light in each other's darkness. They hold each other's hand through the difficult times life may throw at them. A sister is a friend, a supporter, and a comforter. The sisters represented in this painting have a strong bond. Their eyes gaze in the same direction to represent their common vision. They stand together able to be vulnerable yet strong in this world paved with challenging circumstances. This piece speaks to thank that brother or sister we were blessed to meet during a part of our lives that was able to be a source of strength, motivation, and encouragement."

Mushipayi was excited to work on his first mural when Van Leeuwen asked him to be part of the project.

"I was really happy because it's my first mural. I've wanted to do a mural in Winnipeg because I live in Winnipeg and I just realized that there are a lot of murals and beautiful artists doing big murals. So my thought was, why not have the opportunity to do something like this one day and when I had that opportunity, I was really happy."

All murals are expected to be completed by the end of August. 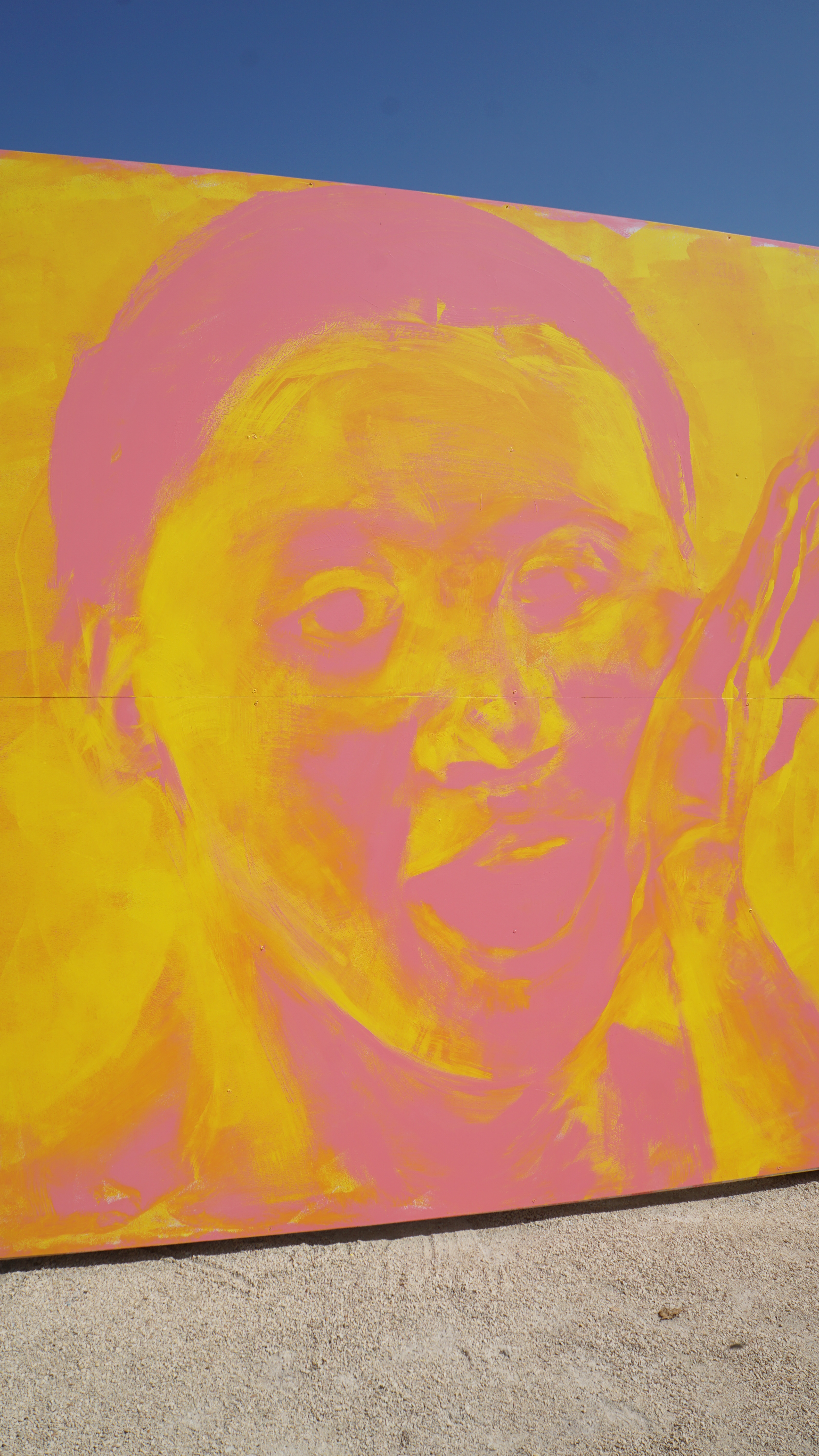 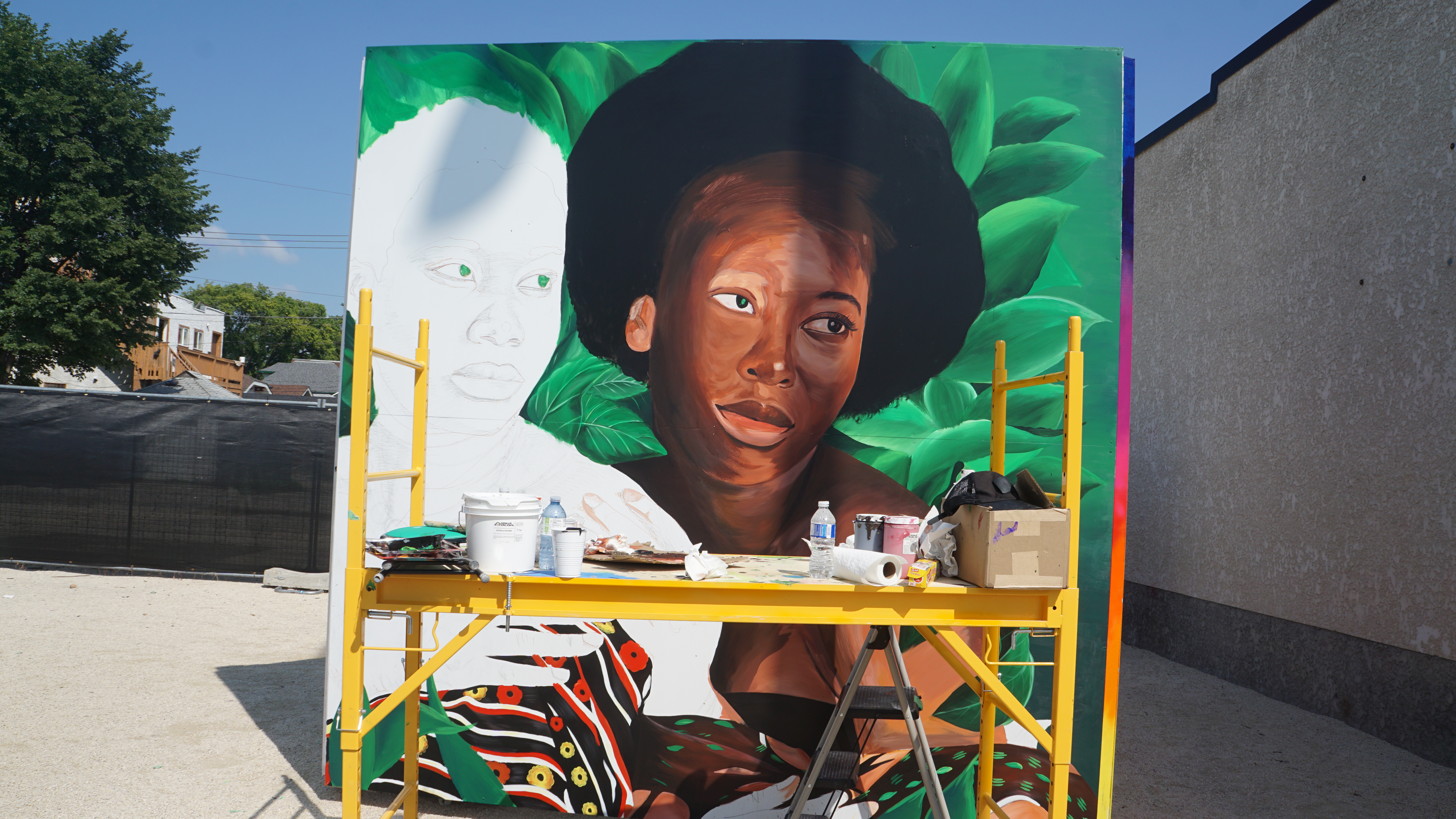 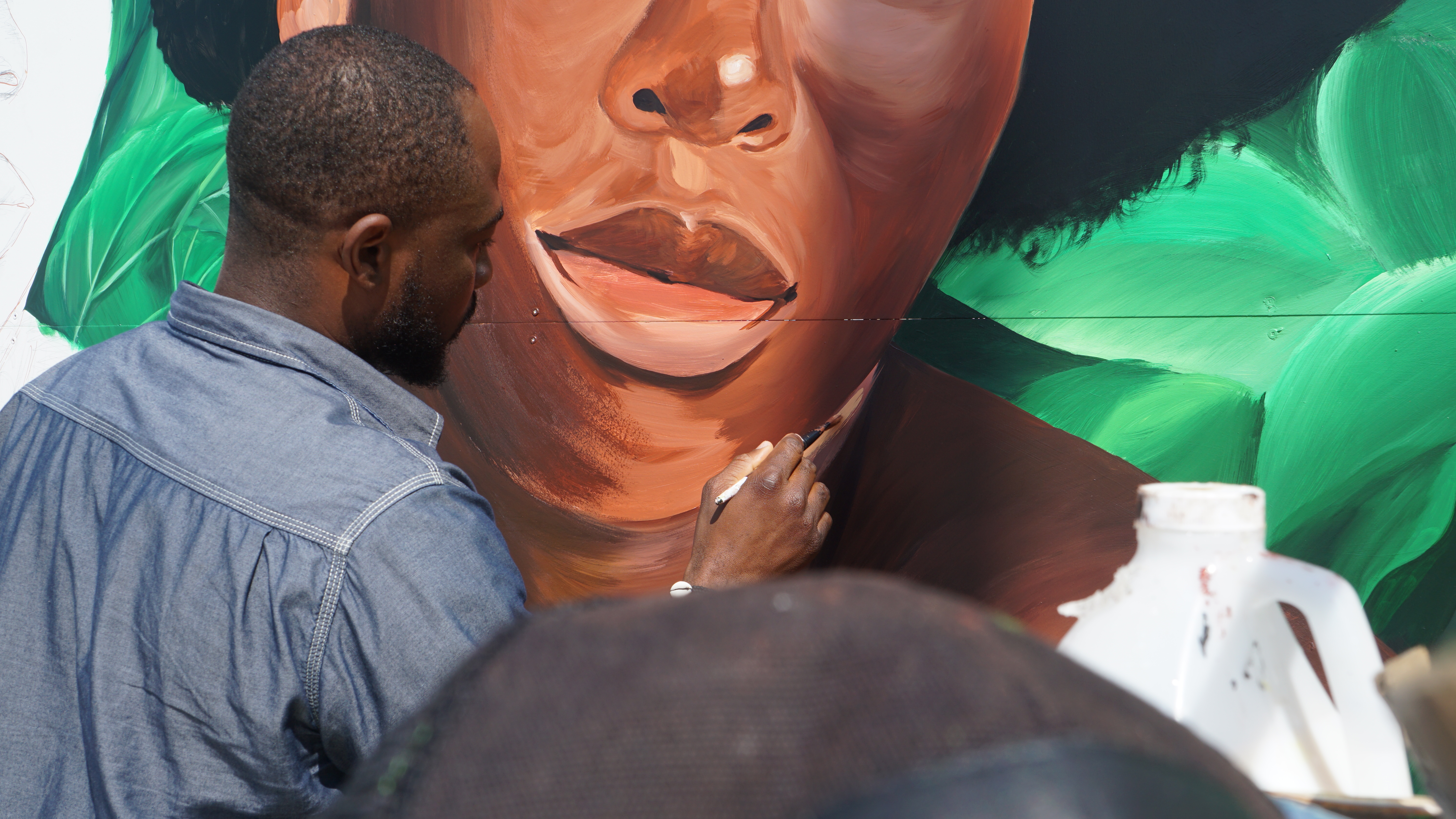 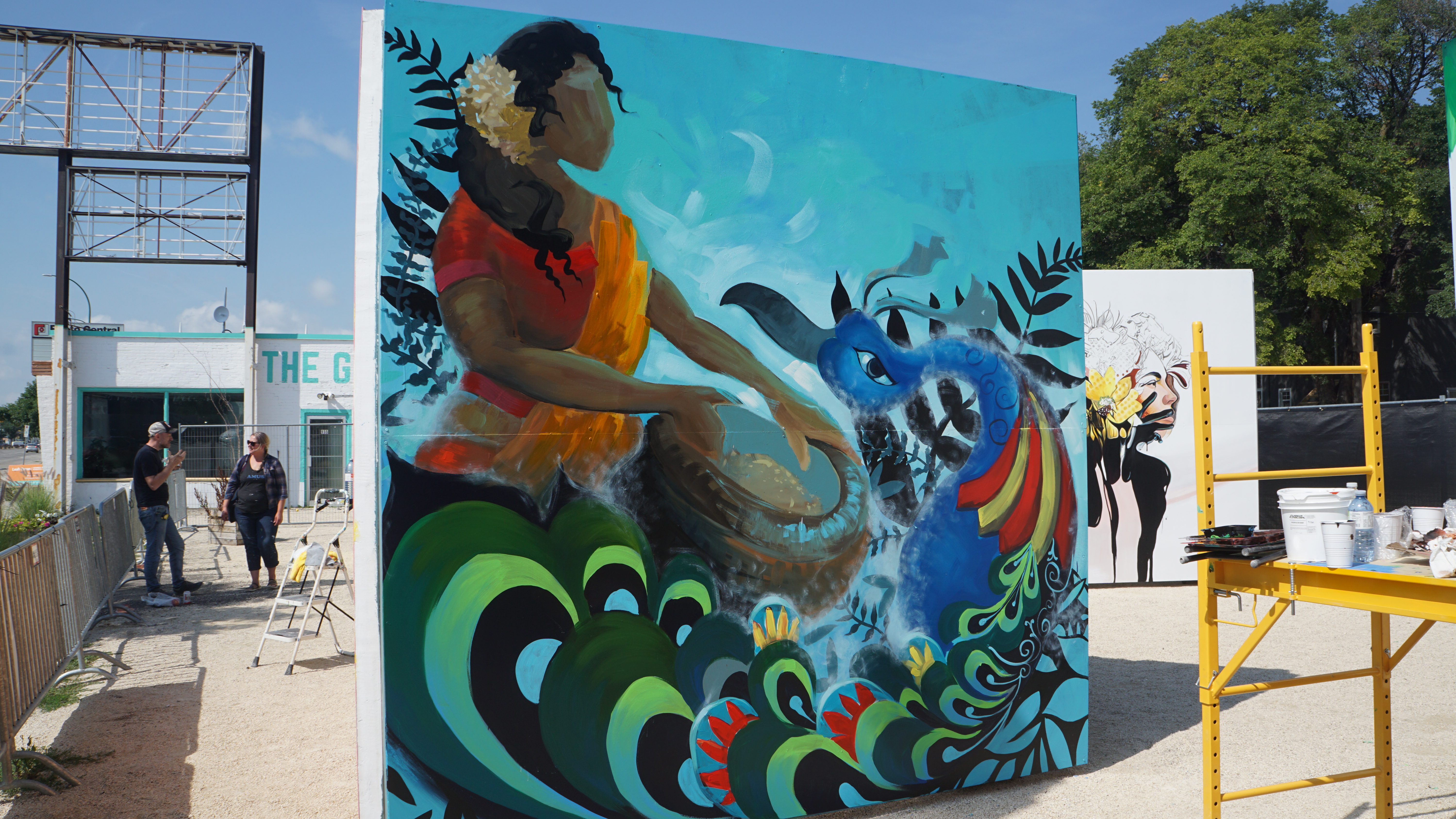 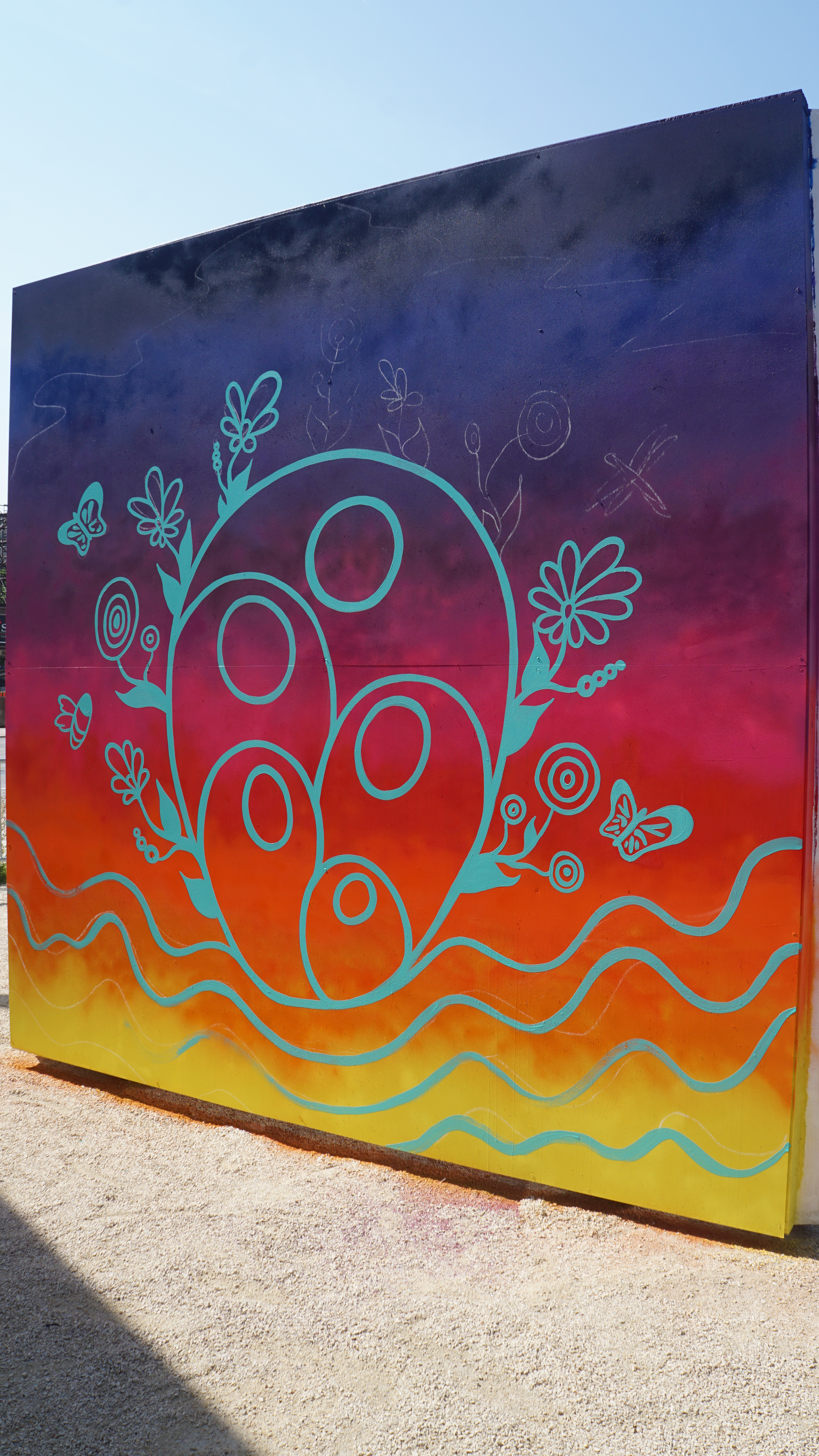 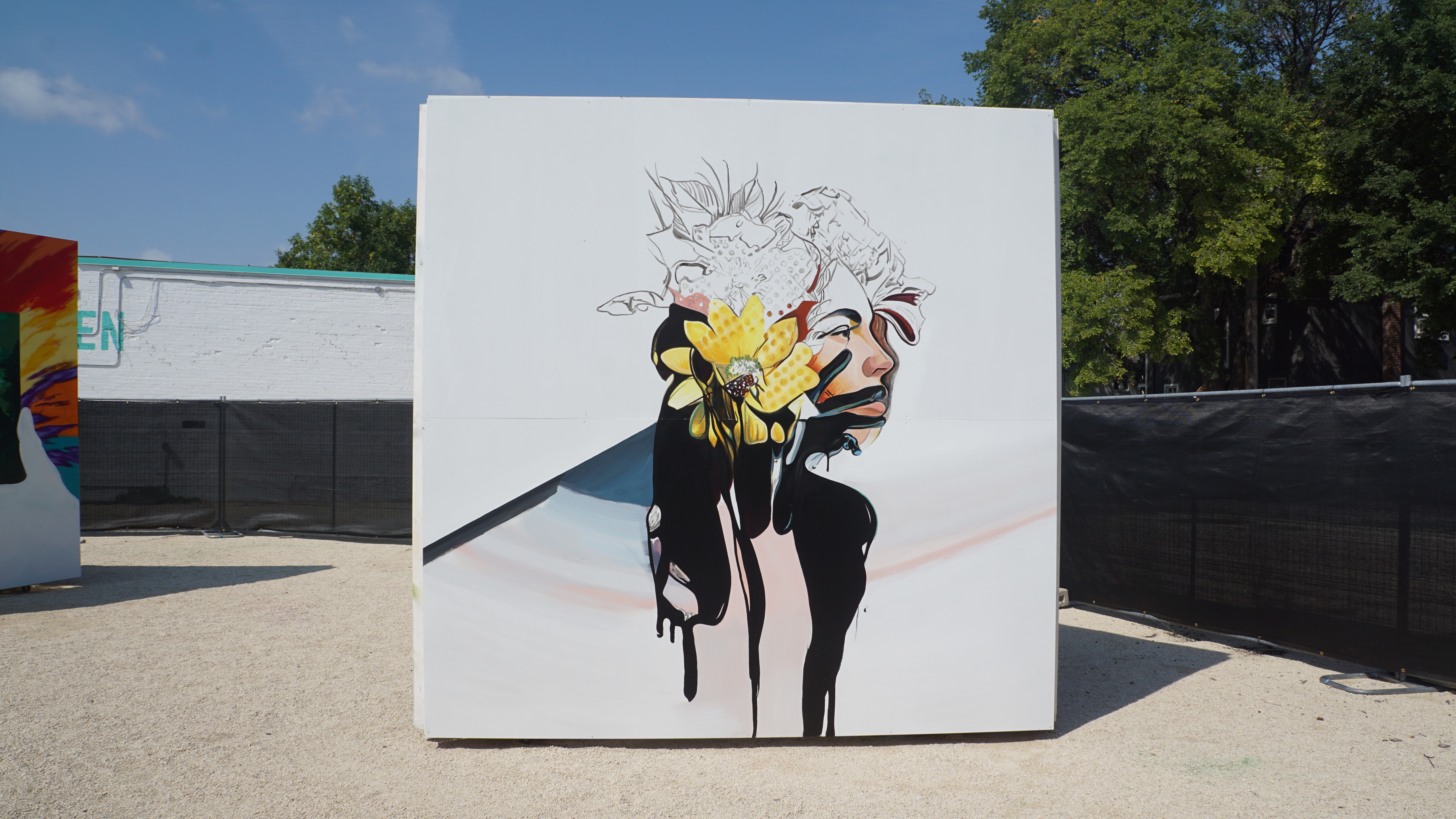 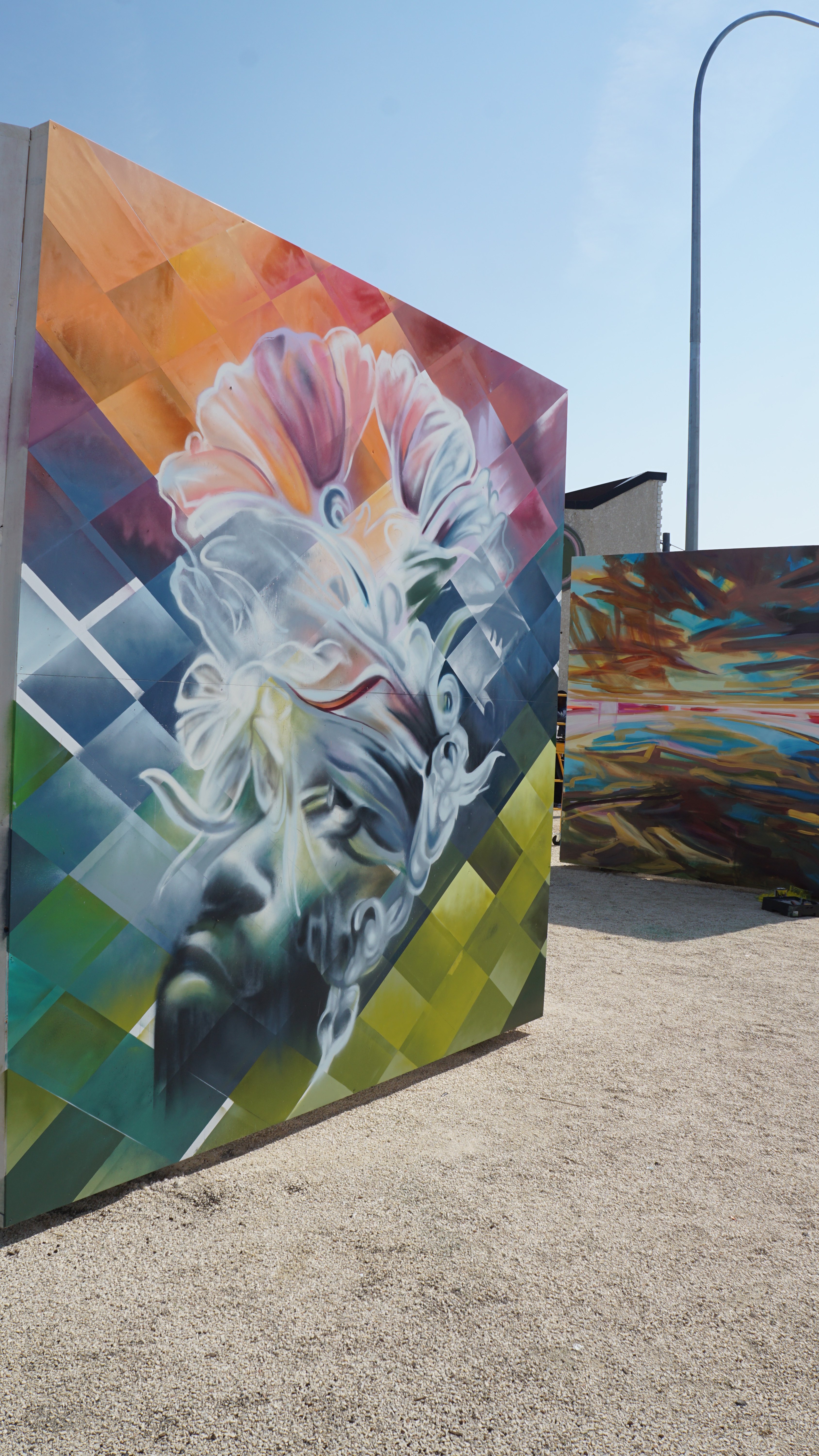 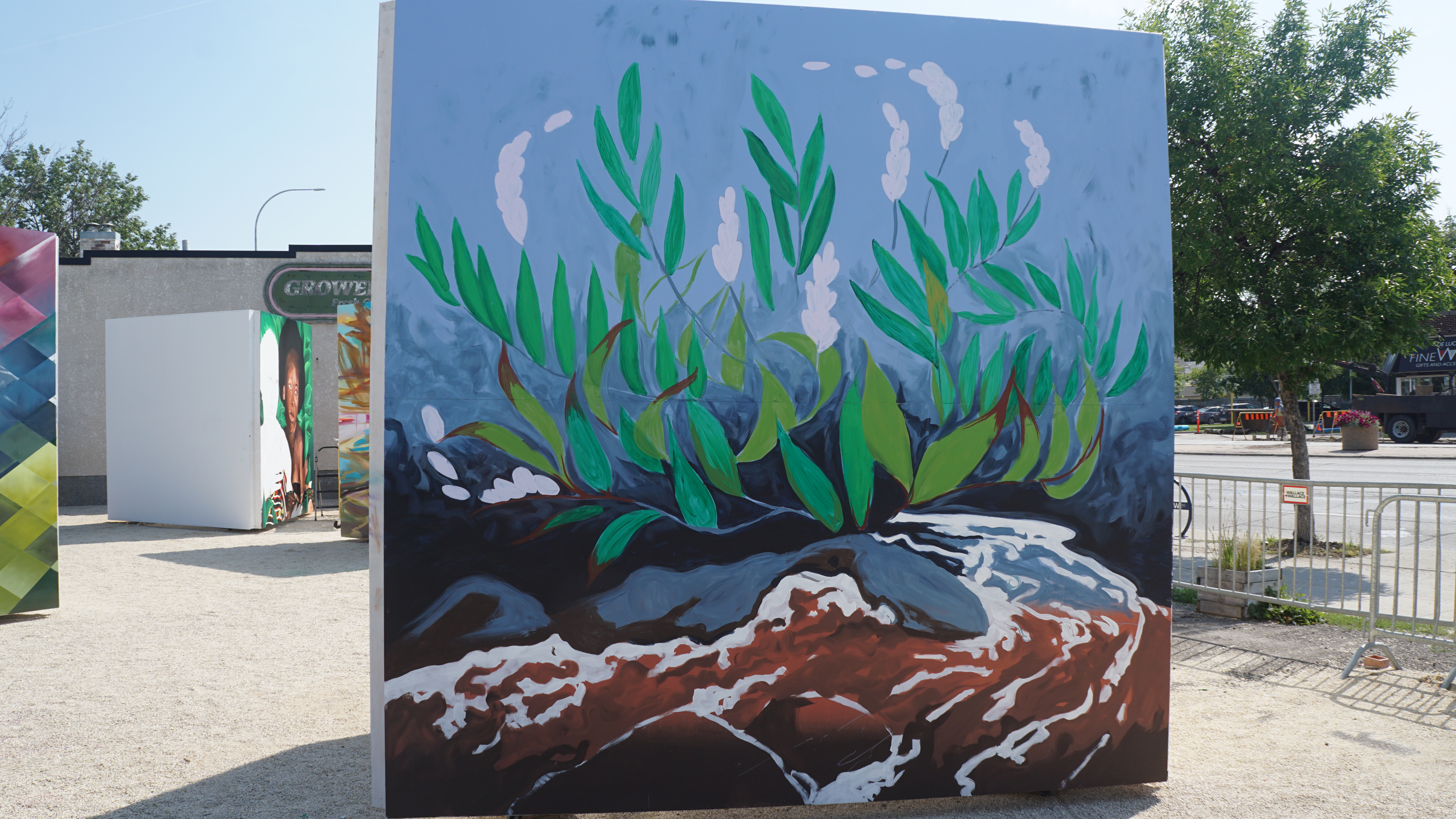 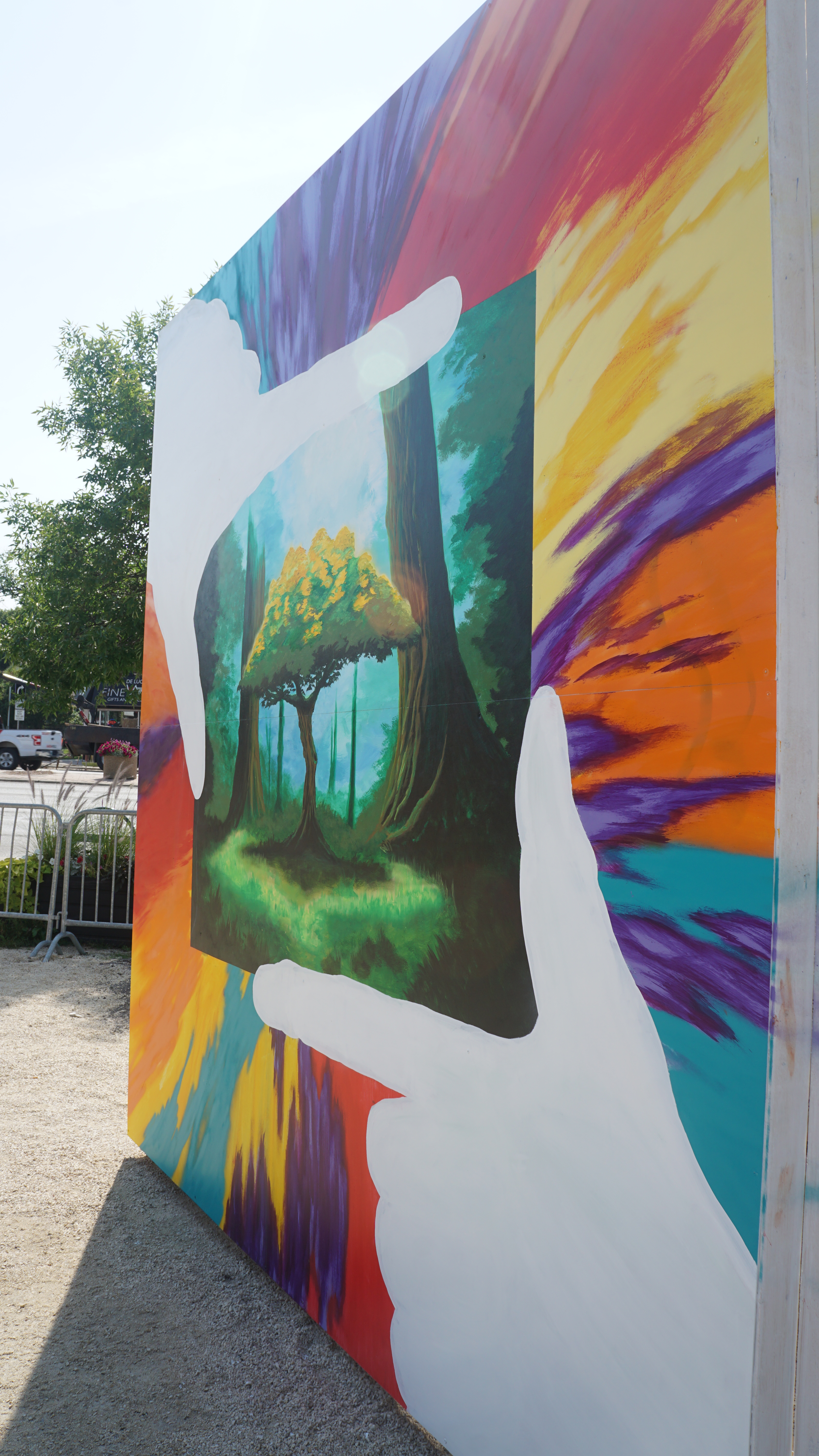