Kunkel has been playing in bands across Winnipeg for a long time. In his younger years, he played more secular music, but as he grew older, Kunkel felt there was something else he needed to do.

"I have written a number of secular songs. I do not think I have had the desire or the compulsion to pursue them, even when it comes to recording," Kunkel says. "We have a short time here and I said to myself 'give it up. Give it up for God."

17854720 10154203287090728 1204206523936791553 oSwitching from secular to Christian, Kunkel felt it was the right choice for his musical journey but still enjoys the classic sounds from The Eagles and Gordan Lightfoot. While he will occasionally write secular songs, Kunkel has never desired to share them in the same way as his Christian music.

"I can not let it go, it is a passion of mine. The good Lord has laid it on my heart so tas long as he gives me breath I will probably keep doing it."

Kunkel says he leads the praise and worship team at Christian Fellowship Chapel, allowing him to be immersed in music.

Leading a family-oriented life, Kunkel says he has not released new music in almost twenty years but is excited to be back in the studio.

Kunkel is releasing his song "I Love To Tell The Story."

The new song was a family affair for Kunkel.

"I would dare say this was a song that was thought about a number of years ago. I remember sitting with my brother talking about music on the radio, typically Christian radio.. that has a nice, driving beat," Kunkel says.

His brother inspired him to create new music, but his wife and son helped create the new tune. While the music is new, the lyrics are old.

While poking around a hymn book for lyrical inspiration, Kunkel says he found the perfect lyrics.

"I usually write my own lyrics, but for this one here I was just reading some of the words from hymn books," he says.
WATCH: Winnipeg singer shares powerful declaration using well-known hymn

Local Winnipeg worship artist, Carine Bado, released a video this week of her singing "Blessed Assurance”, in French and English.

While browsing, he discovered "I Love to Tell the Story."

Katharine Hankey, an English missionary and nurse, wrote a poem that the hymn "I Love to Tell the Story" is derived from.

While reading, Kunkel discovered that the hymn was a "perfect fit," saying that the words and his music were "just meant for each other."

Adding his music to the classic hymn, Kunkel is proud to perform the new tune. He describes it as a "travelling song" to listen to while going down the highway.

Today, Kunkel is releasing the track to the public and says he will be releasing his album about Christ soon in the future. 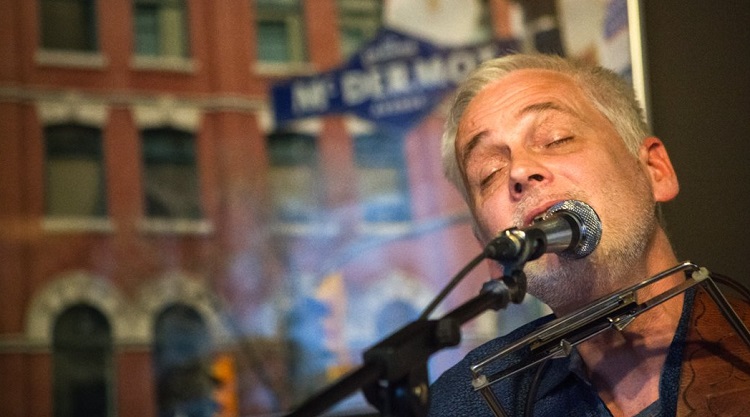 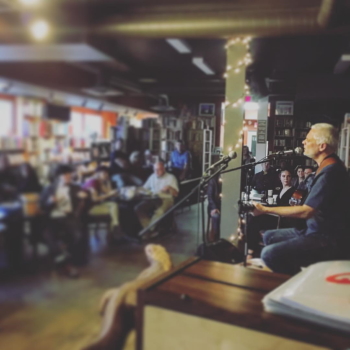 Not cancelled: Canadian Caremongering in the Face of COVID-19

The 5 best fishing spots around Winnipeg

2022 High School Graduation, a return to celebrating in person