Reminiscing Queen Elizabeth II with trip to Winnipeg in 1970

Although Her Majesty Queen Elizabeth II has passed away, her legacy in Winnipeg will always be remembered at the Manitoba Museum.

"The museum was built in the late '60s and early '70s, and the planetarium opened first on its own and then the museum on July 15, 1970, and that is when the Queen arrived with Prince Phillip and they inaugurated the museum at an opening luncheon," says Manitoba Museum Curator of History, Roland Sawatsky. "It was part of a larger trip they were doing, they spent 10 days in Manitoba and the Northwest Territories celebrating both areas' 100th anniversary. So, the Queen, Prince Phillip, Prince Charles and Princess Anne travelled to, I think 10 or 15 different sites in Manitoba in those 10 days, and they only spent one day in Winnipeg but 12 hours doing stuff."

Sawatzky says that The Queen and her entourage visited the Legislative Assembly, the Government House, the Manitoba Museum, Children's Hospital, Deer Lodge Hospital, the Assiniboia Downs racetrack and then the Winnipeg Arena.

"The museum had only opened its Orientation Gallery with the Bison Diorama and the Grasslands Gallery at that time, so the other galleries weren't open yet and that's what they were shown. The exhibit that she really enjoyed in the Grasslands Gallery was the Red River cart and that's still there, we still have it. They both also really liked the Bison Diorama and Prince Phillip had questions about the Pronghorn Diorama, which is at the entrance of the Grasslands, which we now call the Prairies Gallery, and that's they there as well."

"He asked if there are pronghorns still in Manitoba, and the director was correct in answering no. They've been extirpated and that means it's not like an extinction it just means they are not here anymore because of habitat loss, they are in other provinces and states. The other one they really enjoyed, especially Queen Elizabeth II, she really the root exhibit where you have those long deep roots going into the ground, it's called the Crested Wheat Grass Exhibit, and it's still in the Prairies Gallery. But she was amazed at how deep those roots went, I think about eight feet, but the interesting story there is that it's not a native species, it was imported from Asia and they were imported here during the Dust Bowl to stop erosion."

To honour her late Majesty, the Manitoba Museum will be closed on the day of her funeral, Monday, September 19. The museum has also shared some of its histories that involve the Queen on social media.

*Please note: the last photo in the gallery below is an artifact from the Manitoba Museum's collection. (H9-19-75) 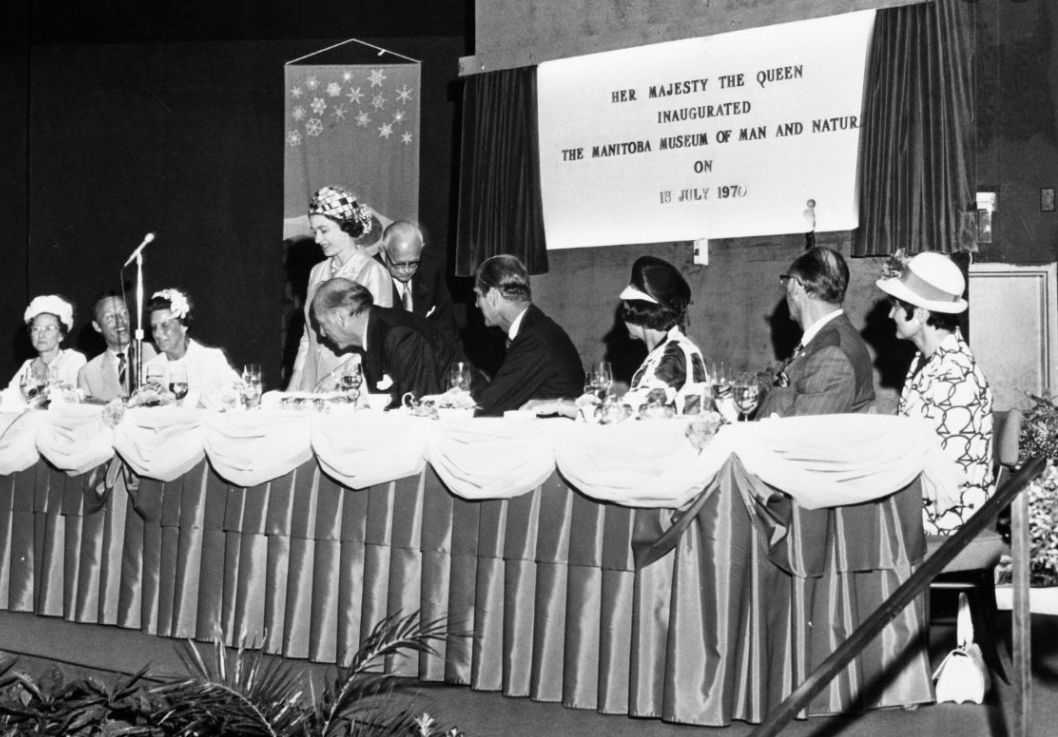 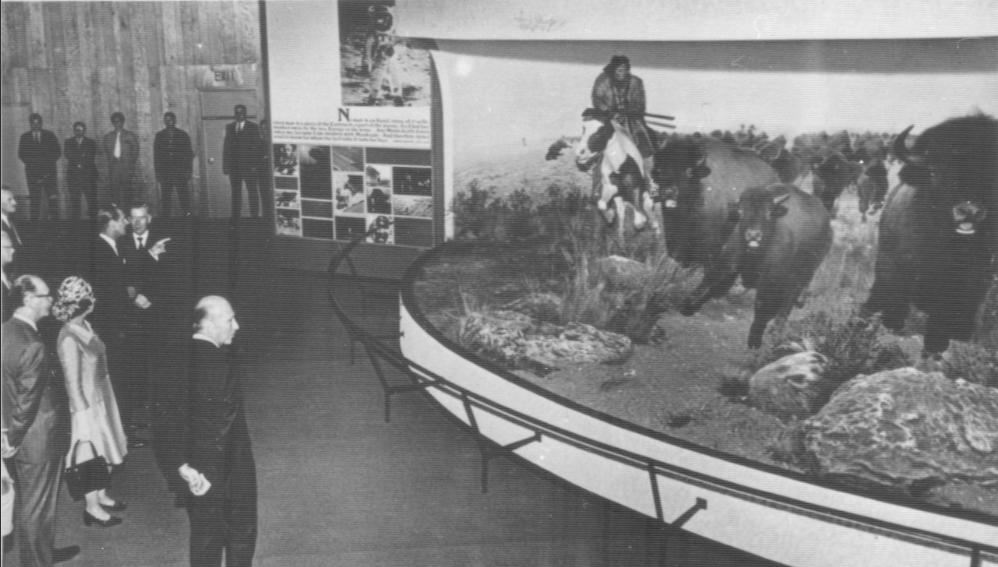 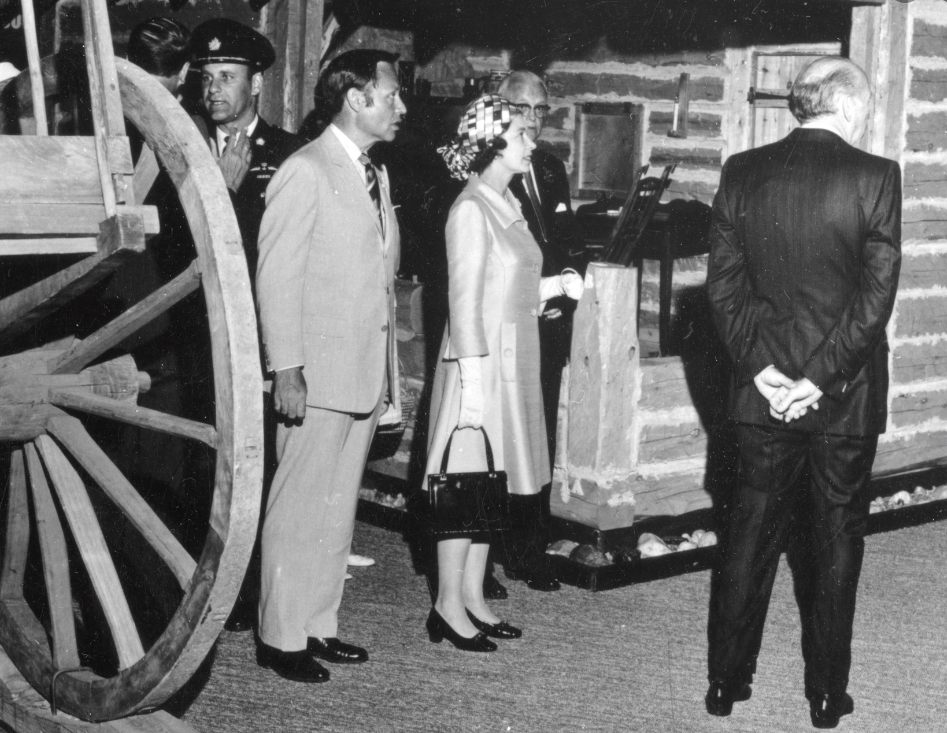 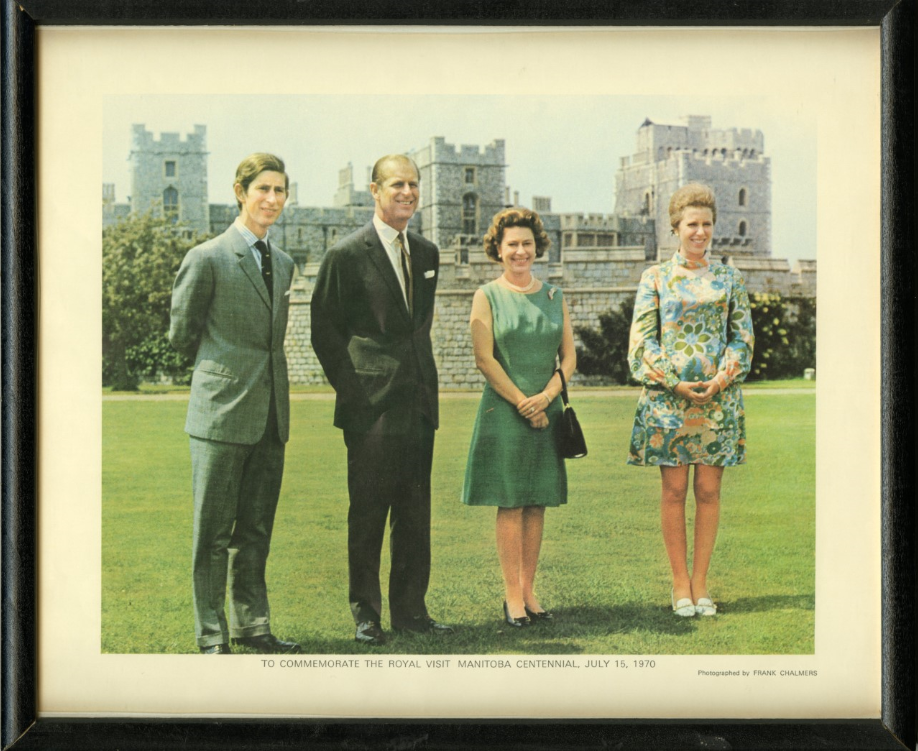 Celebration at Forks reminder We Are All Treaty People