Due to technical problems at our main transmitter site, CHVN is broadcasting at reduced power. Unfortunately, this means for many people outside of the City of Winnipeg you will have trouble picking up the reception at 95.1 FM. Please listen to CHVN on our website, or through your phone on your favourite radio apps such as TuneIn and Radio Player Canada. Technicians are working to resolve the problem as quickly as possible

The RCMP is asking Manitobans not to speed into the weekend or any other time for that matter.

A quick increase in what RCMP Manitoba calls Super Speeders is causing concern in the service.

Since March, Sergeant Mark Hume with RCMP Manitoba's Unit Commander of North West Traffic Services says some people's driving habits have changed. Hume says that while he does not know why there is a sharp increase, he has noticed that speeding has increased during the pandemic.

"I think at the very beginning of the pandemic, highways were quite desolate."

With less traffic, the number of people speeding has increased. Even though traffic has returned to normal levels, Hume says people are continuing to speed at high rates.

Super Speeders are drivers going 50 km/h faster than the road's speed limit, or more. Hume says it increases each year, but this season it has more than doubled.

"I think people are overconfident. They think they can handle it at those speeds, but they really cannot."

"Basically every month, we are increasing by 15-20 per cent over the previous month," Hume says. "For August they were almost double. I do not have a great explanation for it; I wish I knew why."

He says the numbers are going "up and up and up" each month.

Driving at high speeds is dangerous for anyone, even if someone has years of experience. It takes six months of training for RCMP officers to learn to drive at high speeds.

"I think people just have that 'nothing is going to happen to me' mentality."

Along with the jump in speeds, the number of fatalities has taken a sharp upturn. The sergeant says road fatalities outnumber the number of rural homicides, ranging from two to three times more.

"It might be a moment or two of an adrenaline rush, but it can be a lifetime of misery for people that are injured. It can end a life."

Statistics from RCMP Manitoba say that in 25-40 per cent of the collisions speed was a factor, 40-50 per cent involved impaired driving, and half of the deaths involved people not wearing safety equipment, such as helmets or wearing a seatbelt. They say each year, there are an average of 190-200 serious collisions a year, with 210-230 people seriously injured.

Hume says it is a very small portion of Manitobans who are Super Speeders, but that they make a major impact. He says these speeders need to know it is not only their lives being put at risk but also the lives of others.

"All ages are affected by this. It could be a little innocent baby riding in a car seat in a vehicle being driven perfectly fine and somebody drives at these crazy speeds and hits that vehicle."

Hume says if Manitobans know a loved one is driving dangerously, they should speak to them about the risks.

"It is a tough conversation you have to have," he says. "You have to get the point across to them (about) the death and carnage they could cause."

If the driver does not listen, Hume says taking a detailed report will help.

"'Please call us, report a licence plate to us... we have even laid charges based on a witness giving us a good statement."

Super Speeders are subject to a Serious Offence Notices (SON) for hearings. Ninety per cent of these result in a license suspension, ranging from months to years. 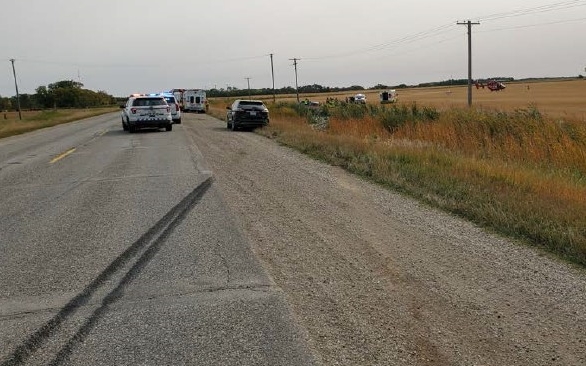 Skål! Icelandic Festival welcoming people back for its 132nd year