Springfield Fire and Rescue is attending a large fire beside the Trans-Canada Highway just inside the East Perimeter Highway.

Black smoke was seen billowing from a location near Symington Road Wednesday afternoon. A witness at the scene who did not want their name used says a large industrial building caught fire and became completely engulfed in flames in a matter of minutes.

Springfield Fire and Rescue attend to a large fire near Symington Road and Hwy 1 pic.twitter.com/klVCS4yKW4

The witness says he could hear a few gas tanks explode but it did not appear there were any injuries.

By the time firefighters arrived the building appeared to be a total loss.

Nearby business Grand Prix Amusements had to be cleared of all customers as a precaution.

There is no word at this time on the cause of the fire.

Crews are on scene and this is a developing story. More details to come. 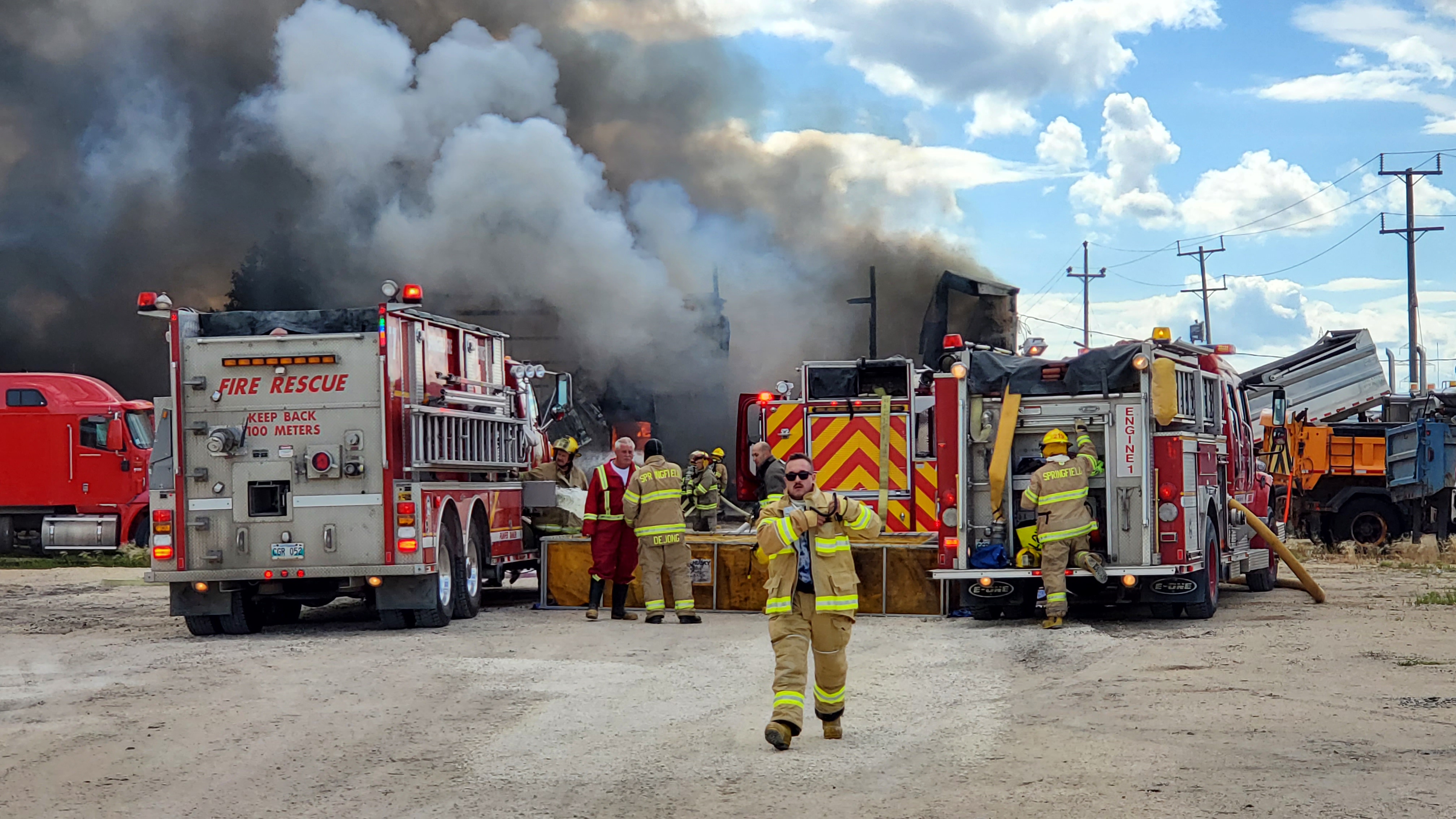 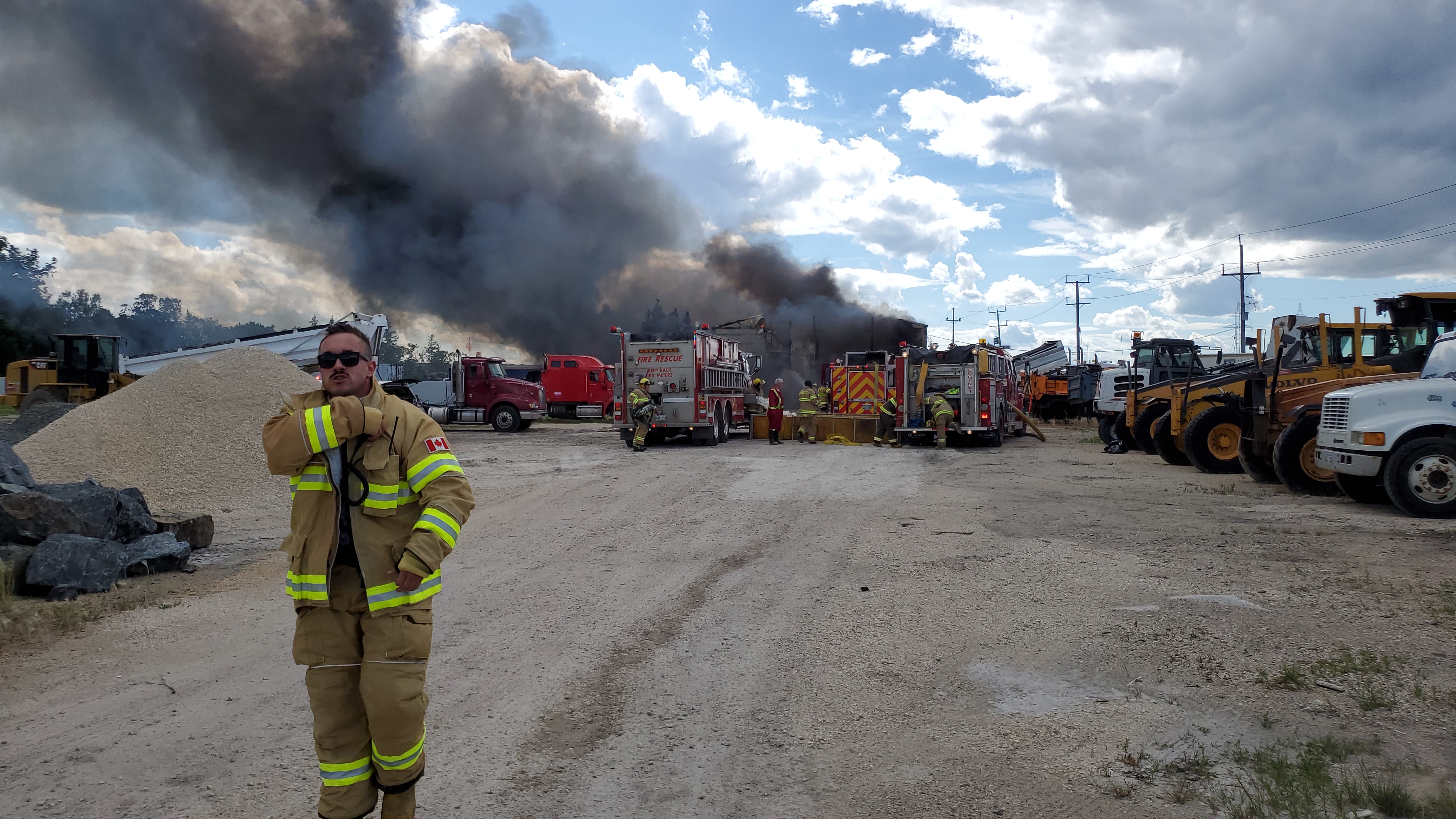 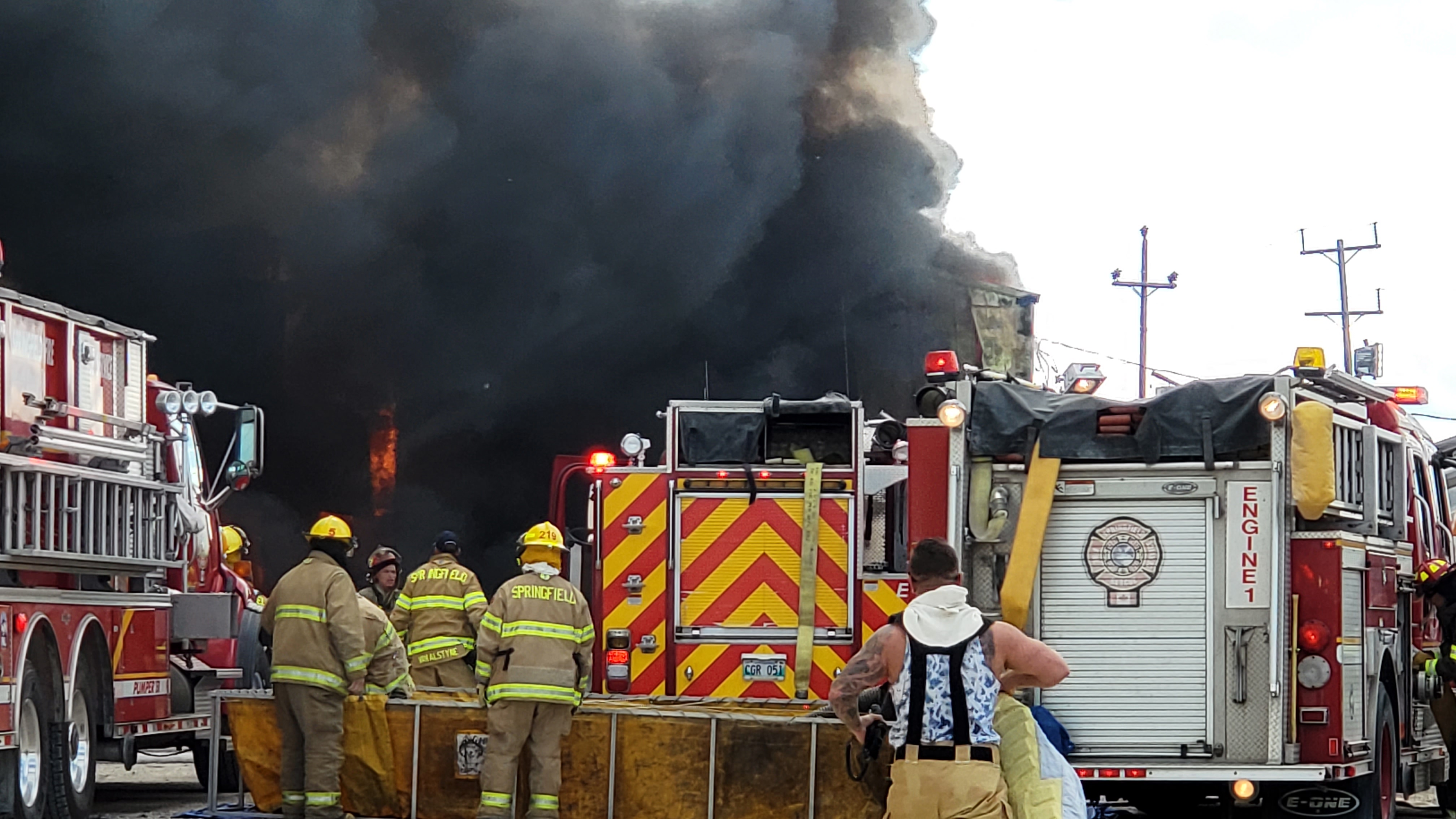 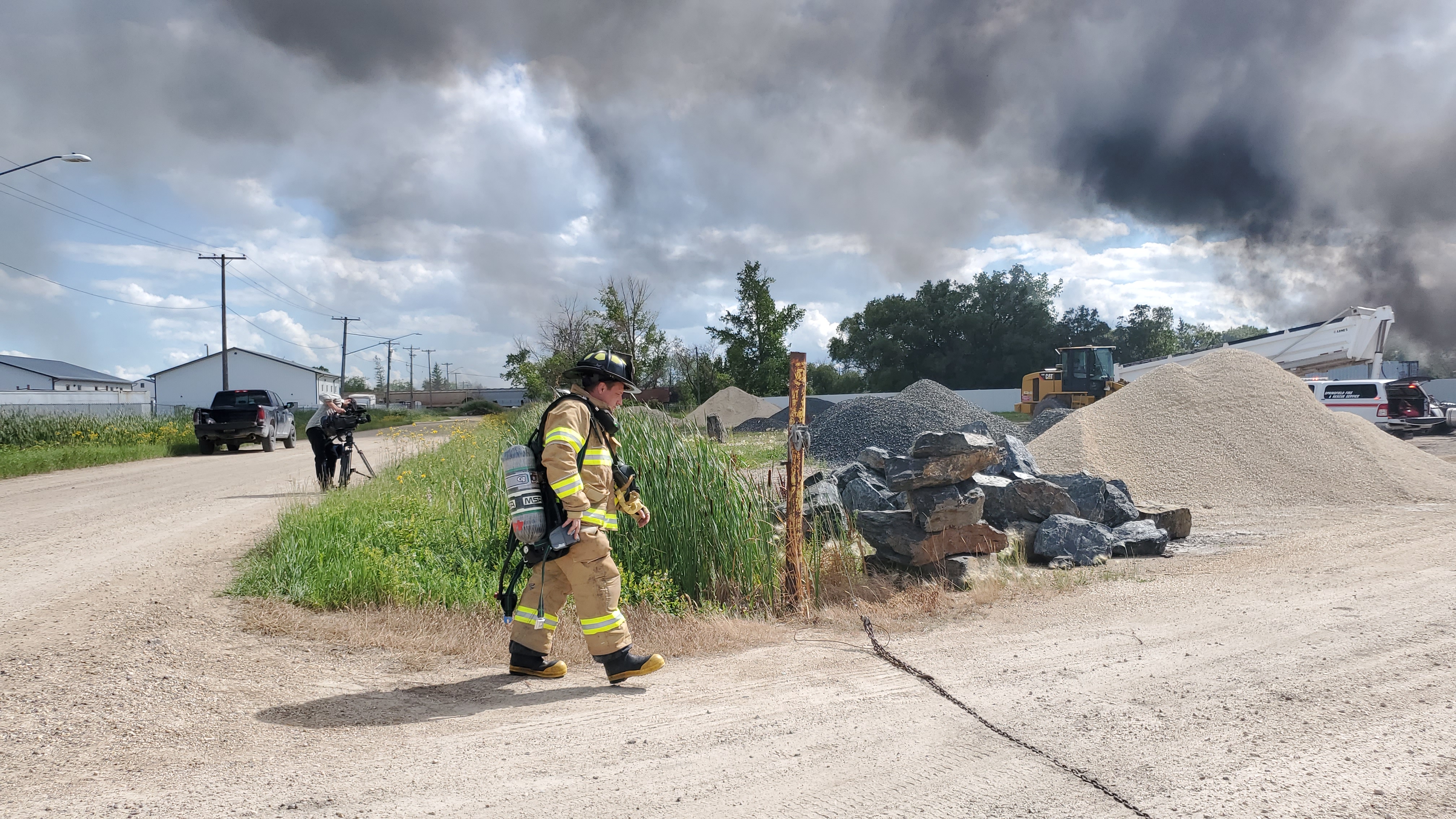 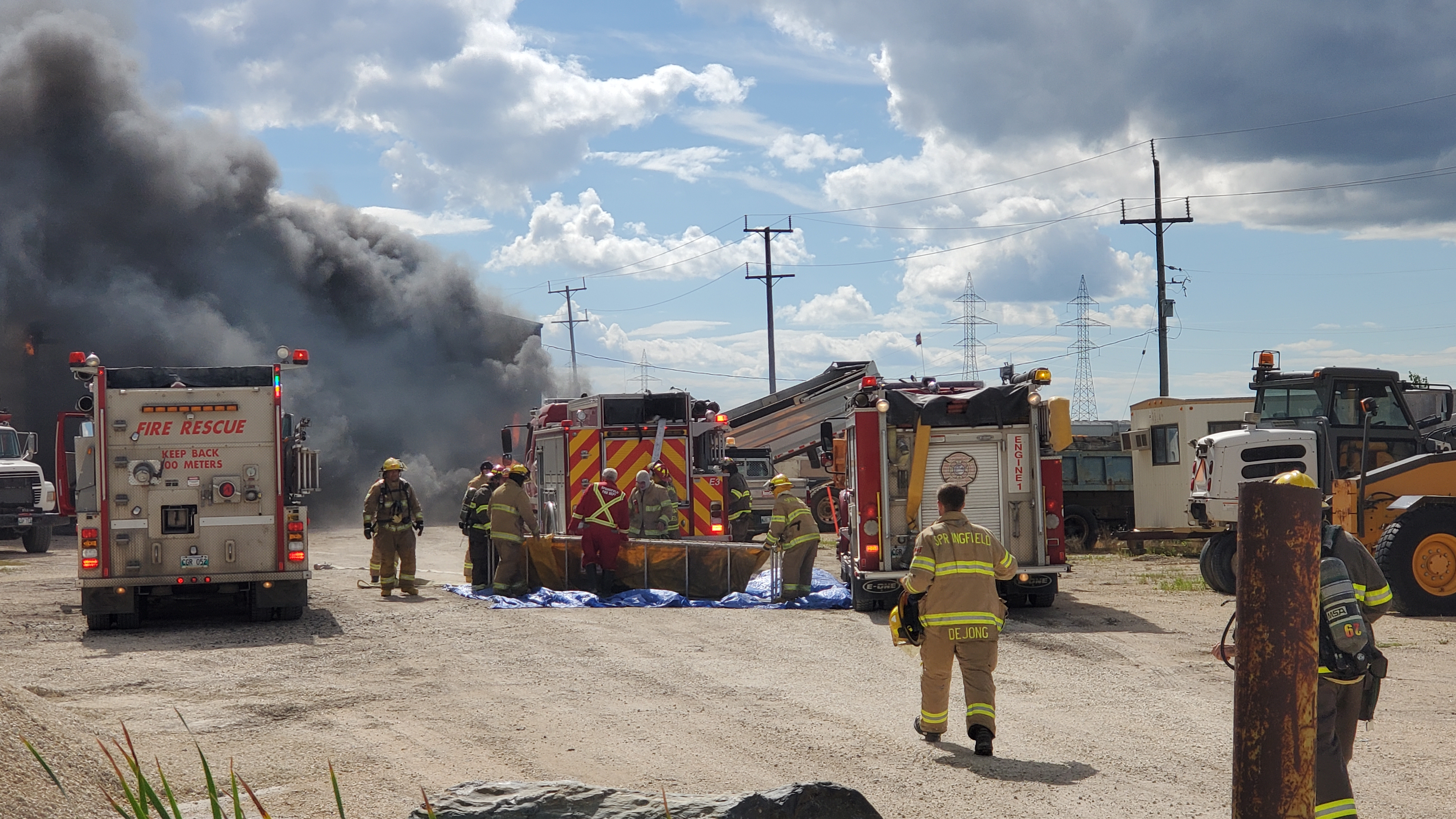 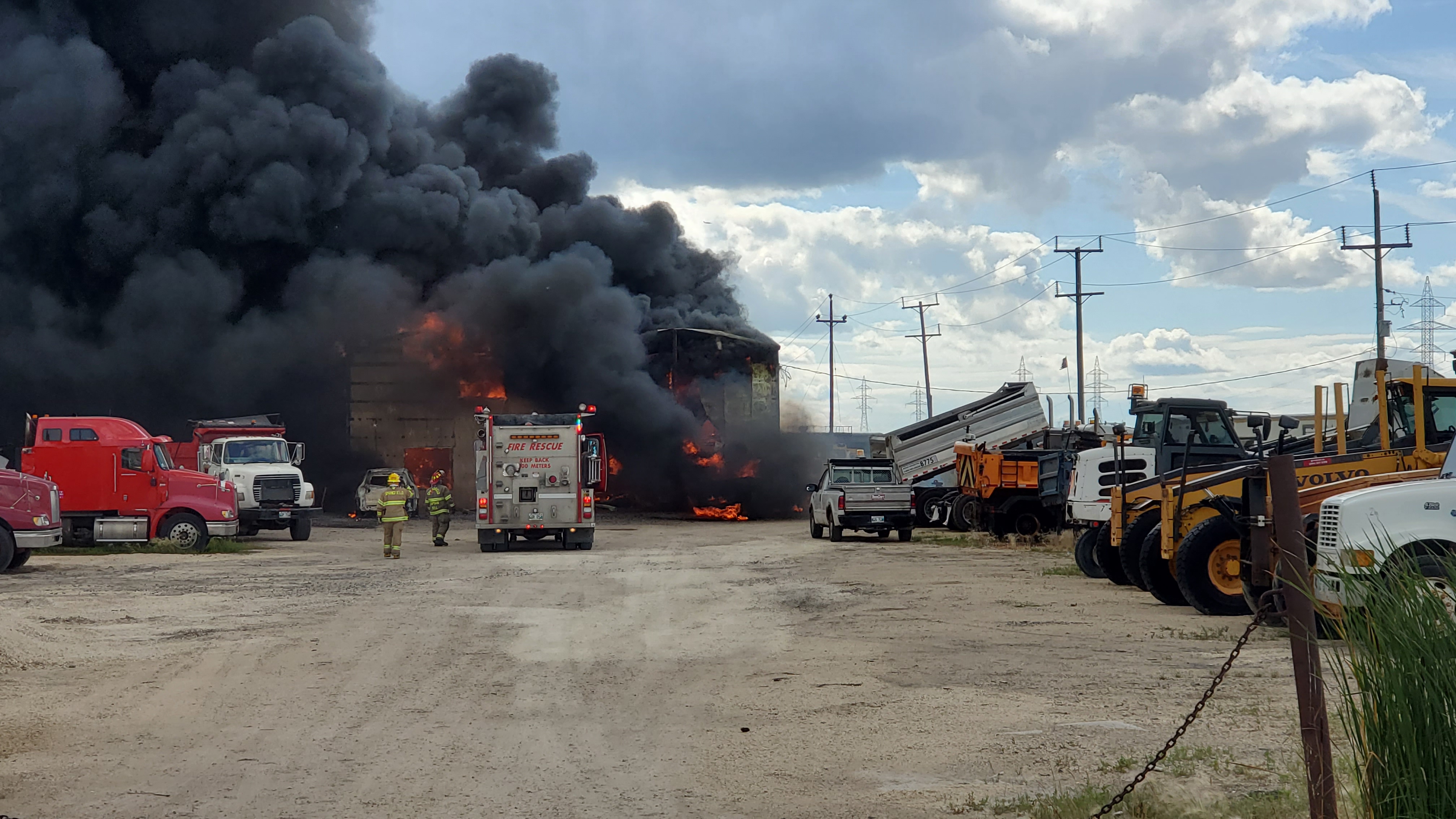