A Winnipeg grandfather has sped through another world record, adding on the kms for the next person attempting to break the cycling accomplishment.

Today is the final day of cycling for Arvid Loewen who just unofficially beat the Guinness World Record for the longest distance cycled in one month (30 days).

His last kilometre was extra special this evening.

"This is probably the highlight of my whole ride, our eleven grandchildren will be joining me on bike for the last kilometre."

The grand finale was being live-streamed on Loewen's Facebook, to keep the number of people physically in one place to a minimum as per COVID-19 guidelines.

While he beat the previous record on the 29th day, he cycled the entire 30th day to bring the finishing number of kilometres as high as he could.

Loewen considers this a calling, and says, "When God touches your heart and you respond your life changes."

The good news for Loewen is that the pressure was off for the last day, and there is a huge celebration happening in his honour.

Loewen doesn't ride his bike or break world records for honour or fame. He rides to help bring awareness and raise funds for Mully's Children's Family in Kenya, Africa.

"My wife Ruth and I decided that the common understanding that the little things we do don't matter in the big picture, it's not true. When we committed our lives to be ambassadors for MCF 15 years ago, God has blessed that. We have been able to raise well over $7 million that helps Charles Mulli raise thousands of kids."

Over the past month, the couple has raised a significant amount.

Being physically on a bicycle for most of the day means that everything else has to be done by a team.

This morning, a team of two women, Donna and Debbie made his breakfast at 4:00 am on site, and then commit to noting every lap he does. This is a requirement for the Guinness World Record, that everything is properly documented.

Different teams of two swap out after four hours so no one team gets burnt out. Although they are giving up their time for this, each team has mentioned they are blessed to be apart of it.

"I want to thank all the people who have supported and followed our journey. It's been incredible to know how many people have prayed for us," says Loewen. 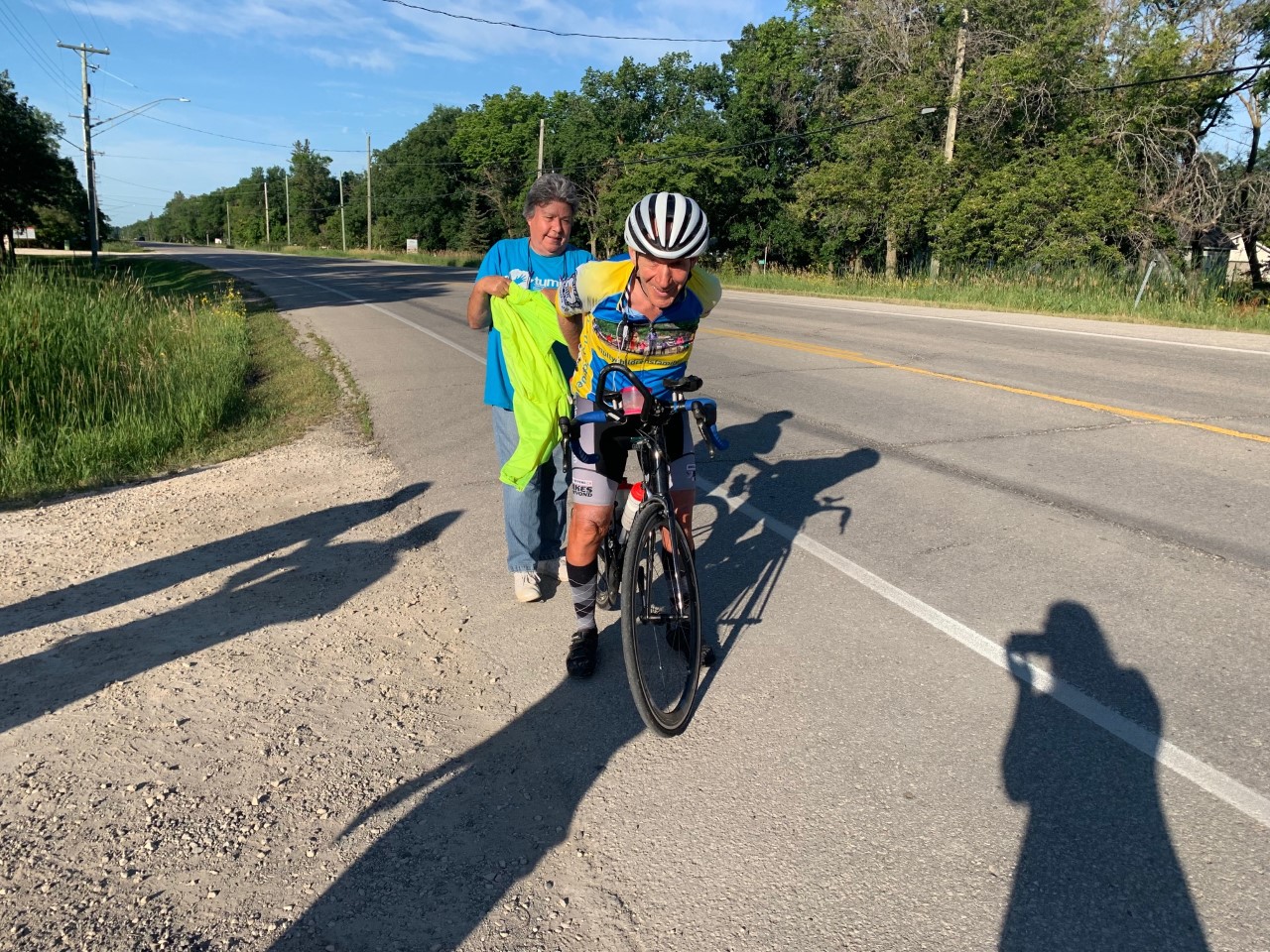 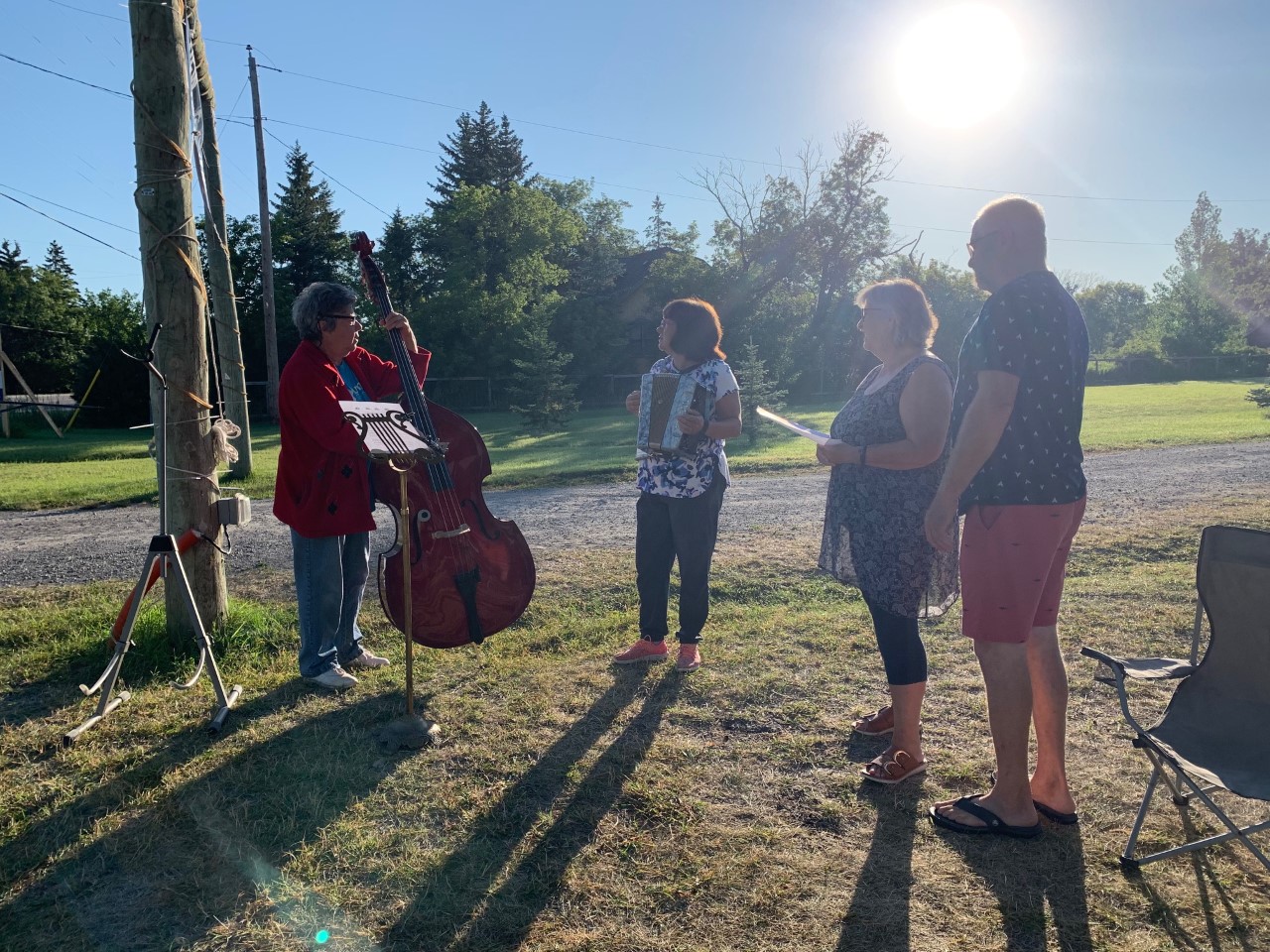 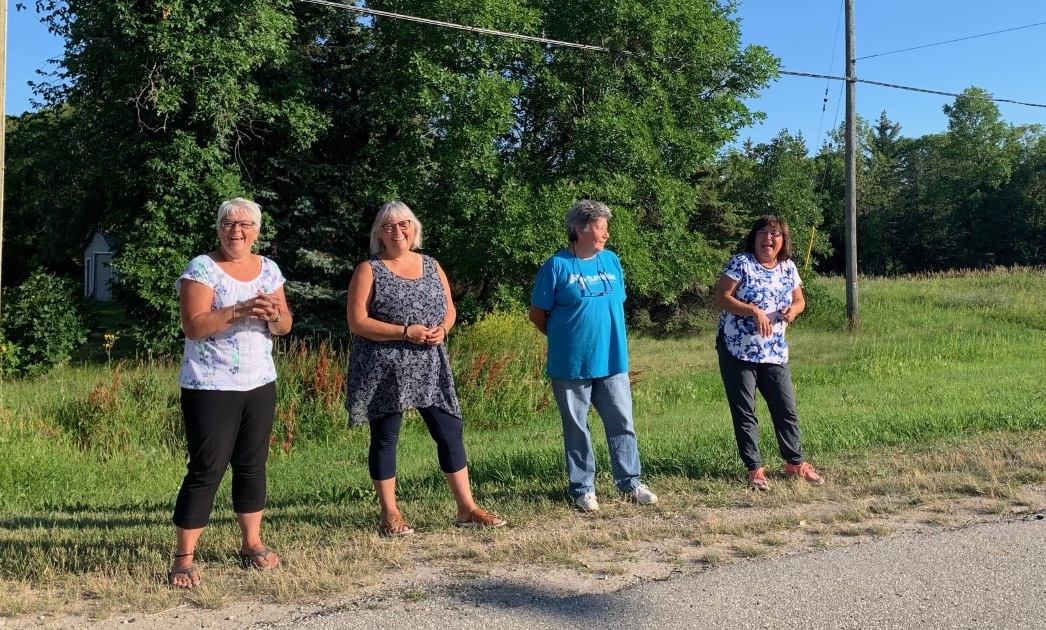 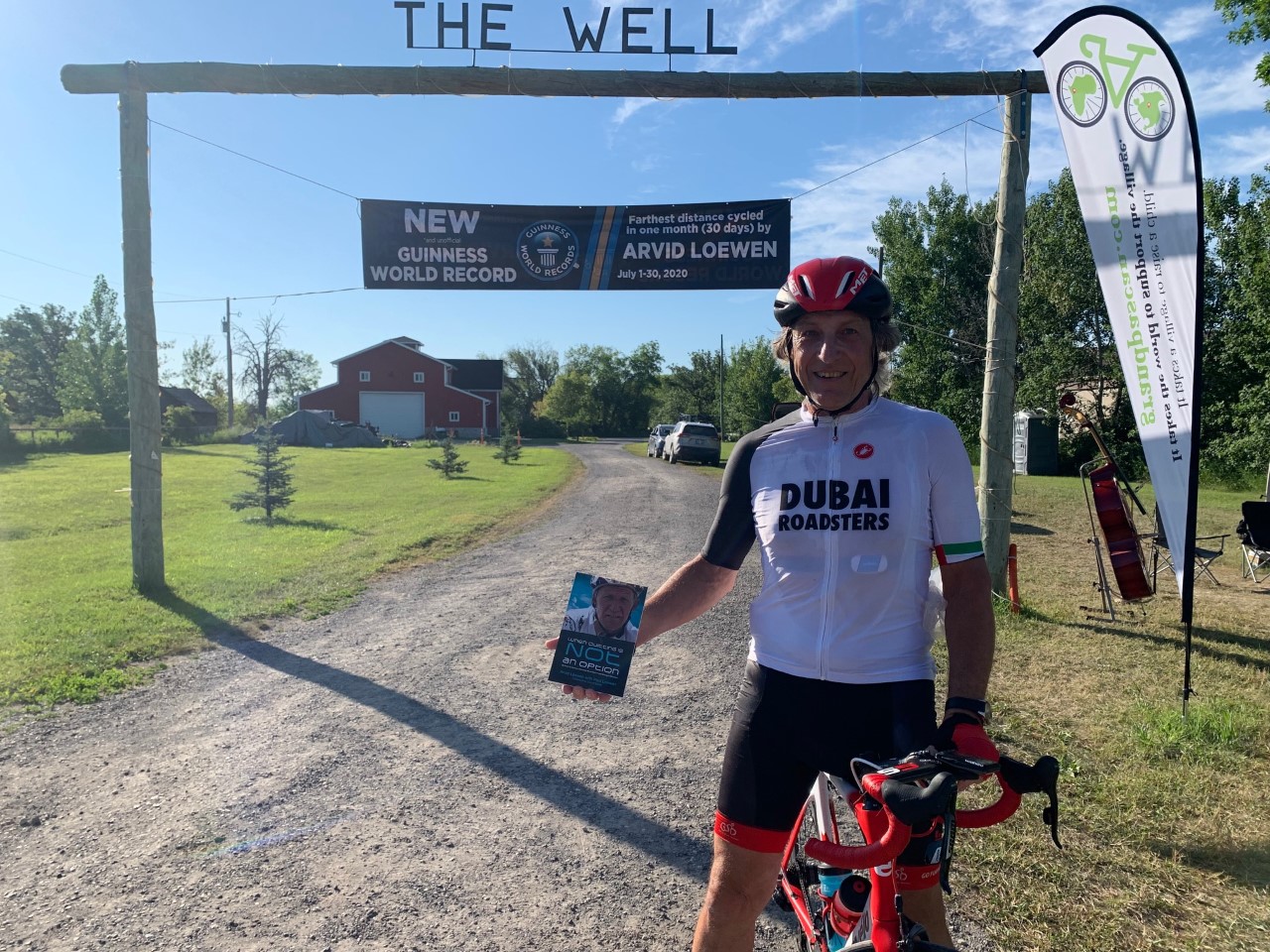 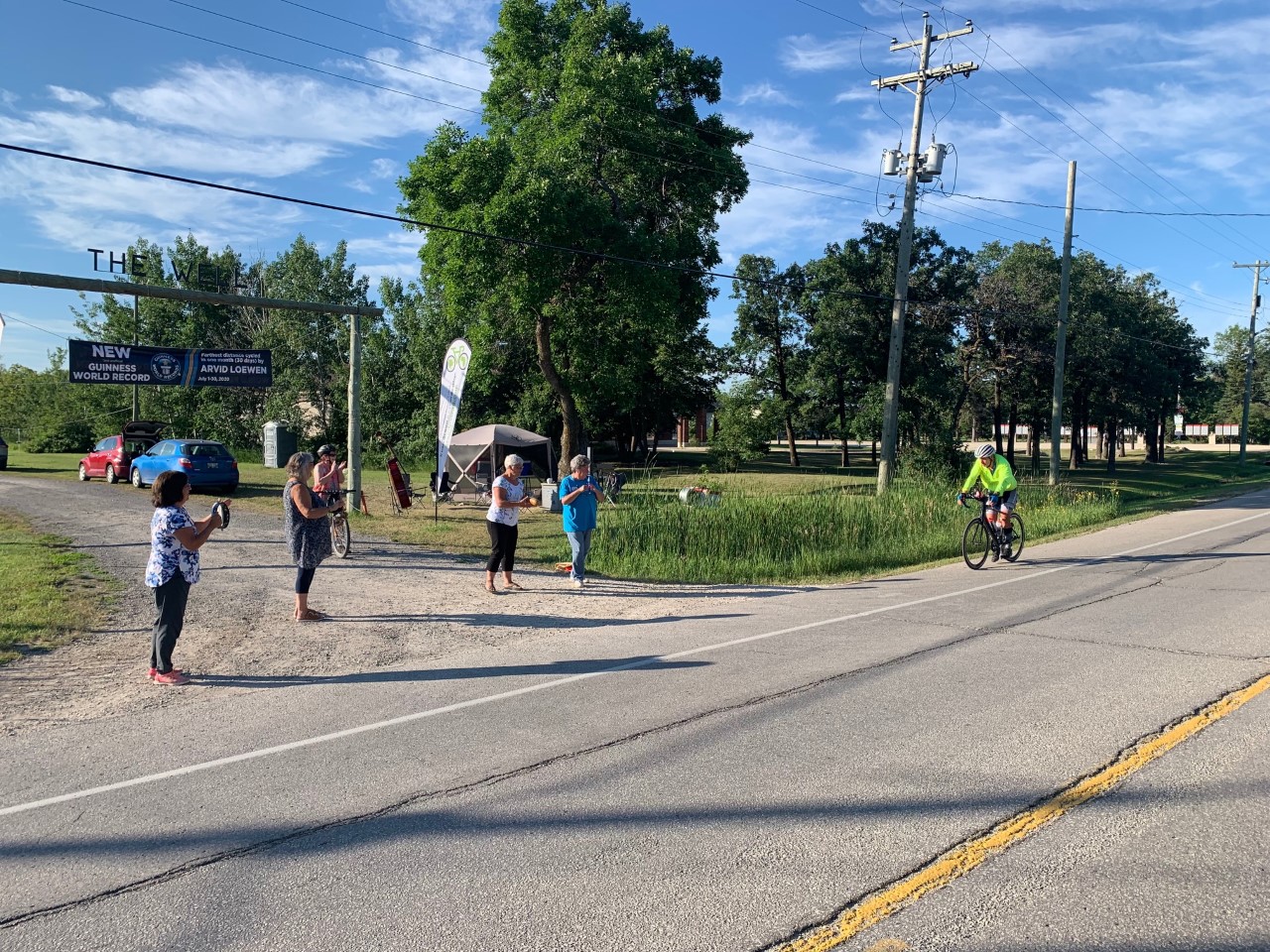 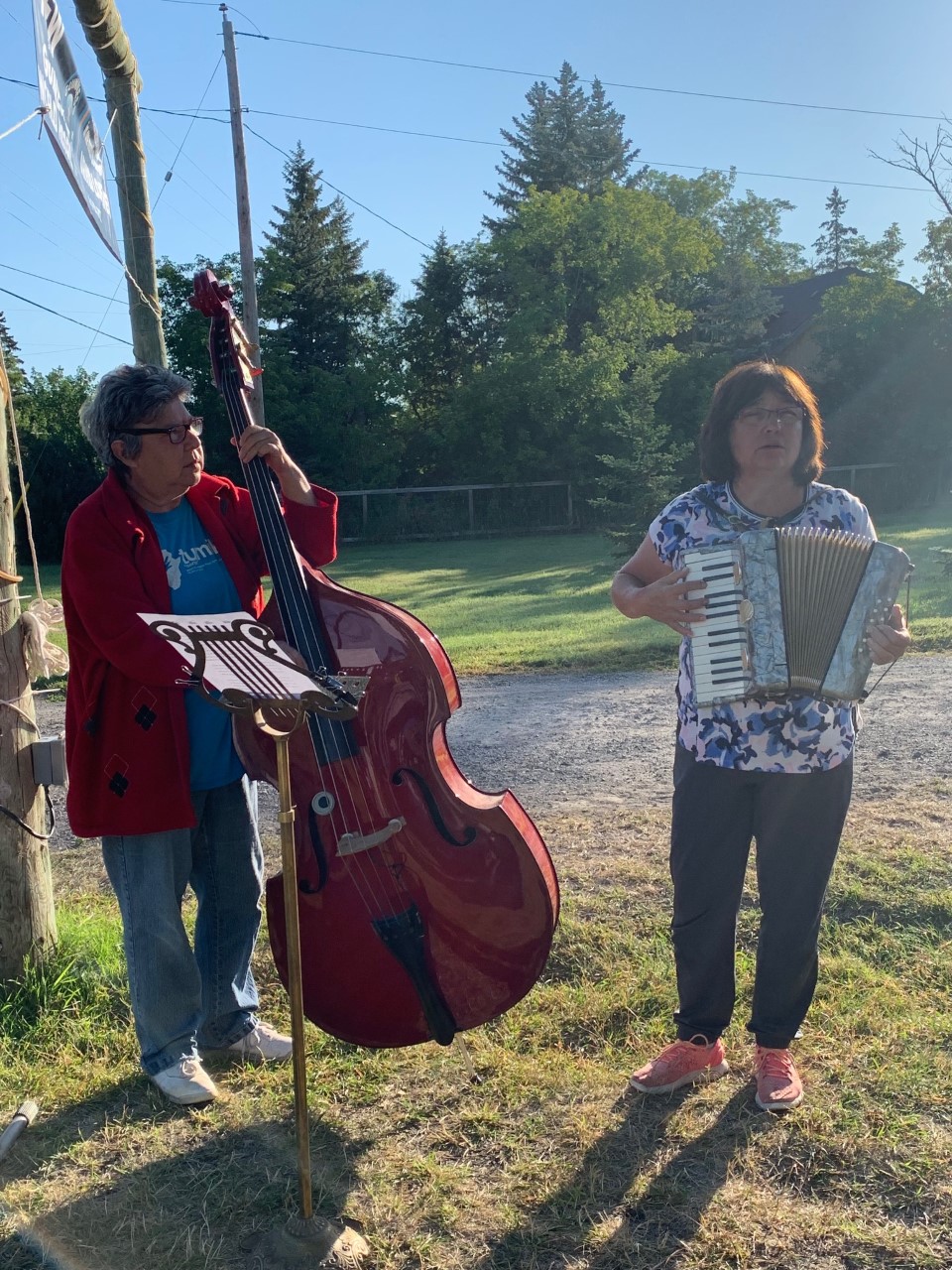 Extreme cold warnings blanket much of Manitoba, relief (and snow) on the way

The Be Part Of A Story radiothon for Adult & Teen Challenge

"That Man is You" presents this years theme: Battle over the Bride!

Christmas Glow in the Country