'I kind of feel like an olympian:' Steinbach man finishes walk to west coast

Early last year a man from Steinbach set out to walk the distance of Steinbach to the West Coast. On April 10, he succeeded.

Allen Broesky says in March 2020, he decided to get into shape for a trip to Israel that he had planned with his two sons Matthew and Kevin. Even though the trip was cancelled, he decided to keep walking.

Broesky says one day he tallied up the distance he had walked and realized that he'd walked as far as Brandon. He notes he just kept on setting further goals until he really kicked it into high gear in November and moved his focus to the west coast.

"From November 14th till today I have only missed one day of walking. I have averaged about 270 to 280 kilometres a month and I walked 3,734,000 steps. It's kind of crazy man, but I've really been into this and I've always been that way in my life. I'm a goal setter, it actually drives my wife crazy sometimes."

Broesky says he actually set his record single-day distance of 16.8 kilometres in the middle of the February cold snap.

"I love to challenge myself. Doing it on a warm nice day, it's still good but to do it on frigid temperatures, it's just much more challenging."

His son Matthew says at first he didn't realize how seriously his father was taking this challenge.

"I went for a couple of the walks with him, a 2-hour walk in the winter just to see what he was doing and my hips hurt at the end of the day and he was he was ready to keep walking and I was doing stretches so he definitely showed me up."

Getting the finale right was important. Broesky says he was determined to walk the final stretch with his sons.

"They were totally pumped and enthused about doing this and so on April 10th, Beautiful Saturday morning at around 9:30, Matthew and Kevin showed up here and we started walking."

Broesky says his family made it special.

"I had some of my own personal family members, they knew I was doing this last leg and they were all there on the streets. They're out there cheering me on. When we got over to Poplar Crescent, my daughter-in-law Joceline, showed up in the van. She pulled out this huge wack of balloons and my grandchildren were there and everybody was there and it was kind of a euphoric moment."

"Especially when we saw our aunts stopping by and encouraging him. Those moments, when I saw how meaningful that was, in all honesty, I had a tad bit of guilt. Like 'I've been encouraging you this whole time, but not realizing how much of a challenge it has been,' In the end, I had a teary-eyed moment."

Since completing his goal, Broesky has walked the distance to the Ontario border. 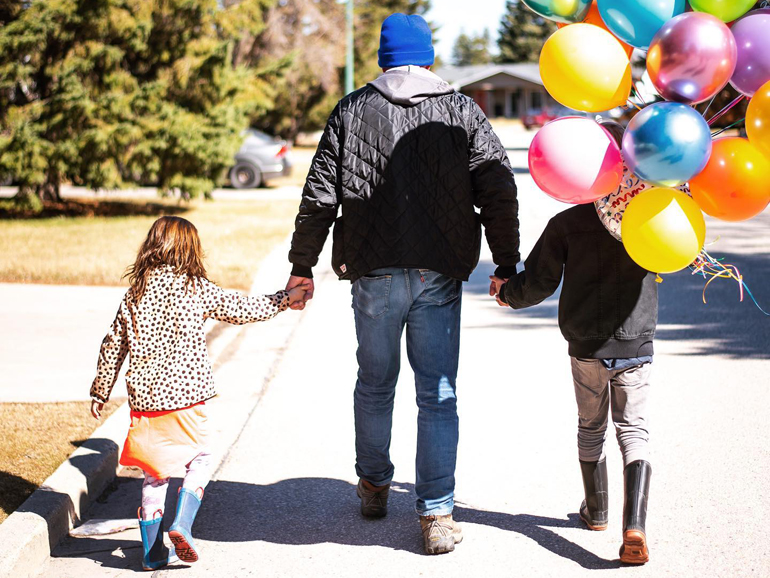 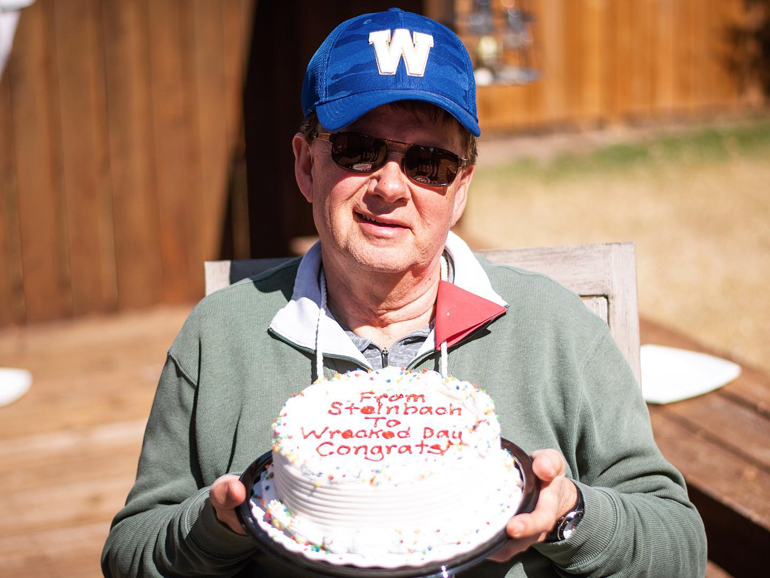 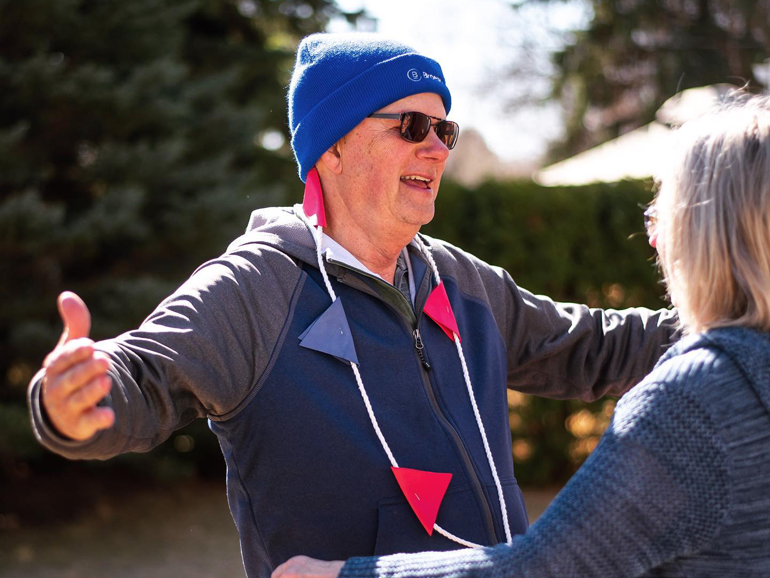