From shipping containers to visiting pods, the Government of Manitoba says they are excited to reunite families in a new space.

Charles Gagne the CEO of Actionmarguerite, says that he knows first hand how important visitations are.

"My mother in law, who lives in one of my homes. During these restrictions, my wife kept reminding me that every day she does not get to see her, is a day less she has with her mother," Gagne says. The CEO says he was skeptical at first but now is appreciative that residents will have the chance to see their loved ones.

Health Minister Cameron Friesen says that isolating seniors due to the pandemic is not a sustainable lifestyle, saying there needs to be a balance been physical and mental health.

Stemming from early designs for Quarantine Pods for COVID-19 patients, PCL Constructors Canada Inc. says that their shipping containers are being converted into visitor shelters.

"We did have a previous version of use for shipping containers and it was used for guaranteeing patients, particularly in locations that do not have quarters available for quarantining," Monique Buckberger, the Winnipeg district manager for PCL says. "These were very, very early days when we had put together some ideas that we thought might be available to locations."

For the visitor pods, Buckberger says they used some ideas from the Quarantine Pods as well as new ones for the visitor shelters.

Using many of the same initial ideas, PCL designed, and have now been awarded the tender for all-season shelters at personal care homes in Manitoba.

Investing $17.9 million, the province is anticipating all personal care homes to have at least one visitor location on site. Approximately 90 pods are being created, some of which may require creativity to install.

"They do take up a lot of room," Health Minister Cameron Friesen says. "There are issues of elevation, issues of access to existing doors. There is a lot of consideration in establishing them."

PCL says that each pod will have heating and cooling, as well as other electrical necessities. An HVAC will be installed in each pod to draw in fresh air from the facility, pushing it out of the pod.

Each pod will have a connecting point into the facilities.

"They still have to be shipped out, unloaded, (and) put on that site," Friesen says. The Health Minister says that the visitor pods have been long-awaited and says that a location in Winnipeg may be the first to receive a pod.

They are set to be released across the province in November.

As of this afternoon, the sample pods still in need of walls, but once they are finished will be utilitarian in design.

"These shelters are designed with a UVC technology, that is only part of the way they will be cleaned. They will be cleaned in intervals between each of the visits," Fresien says. He says the surfaces need to be smooth and easy to clean. 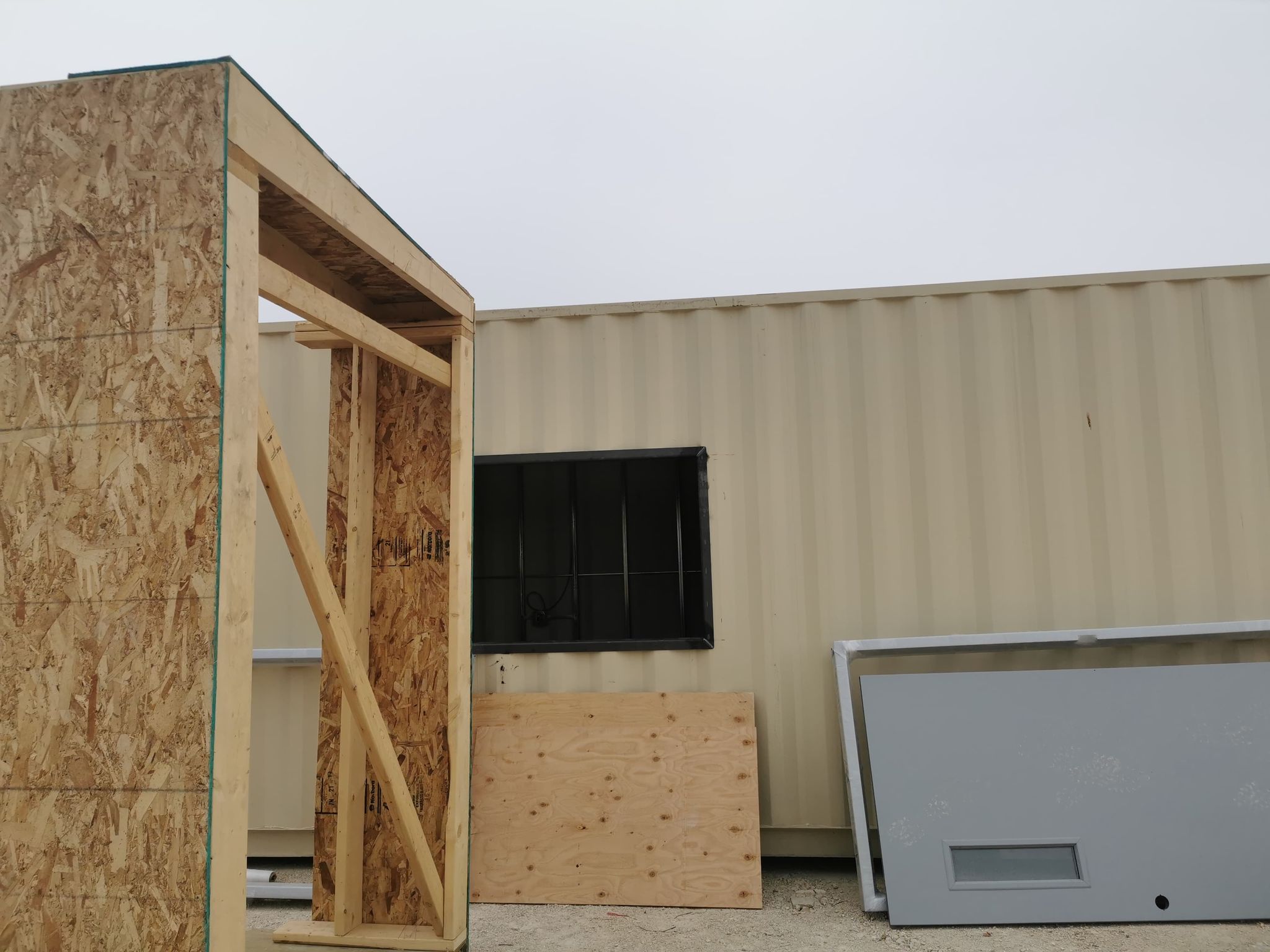 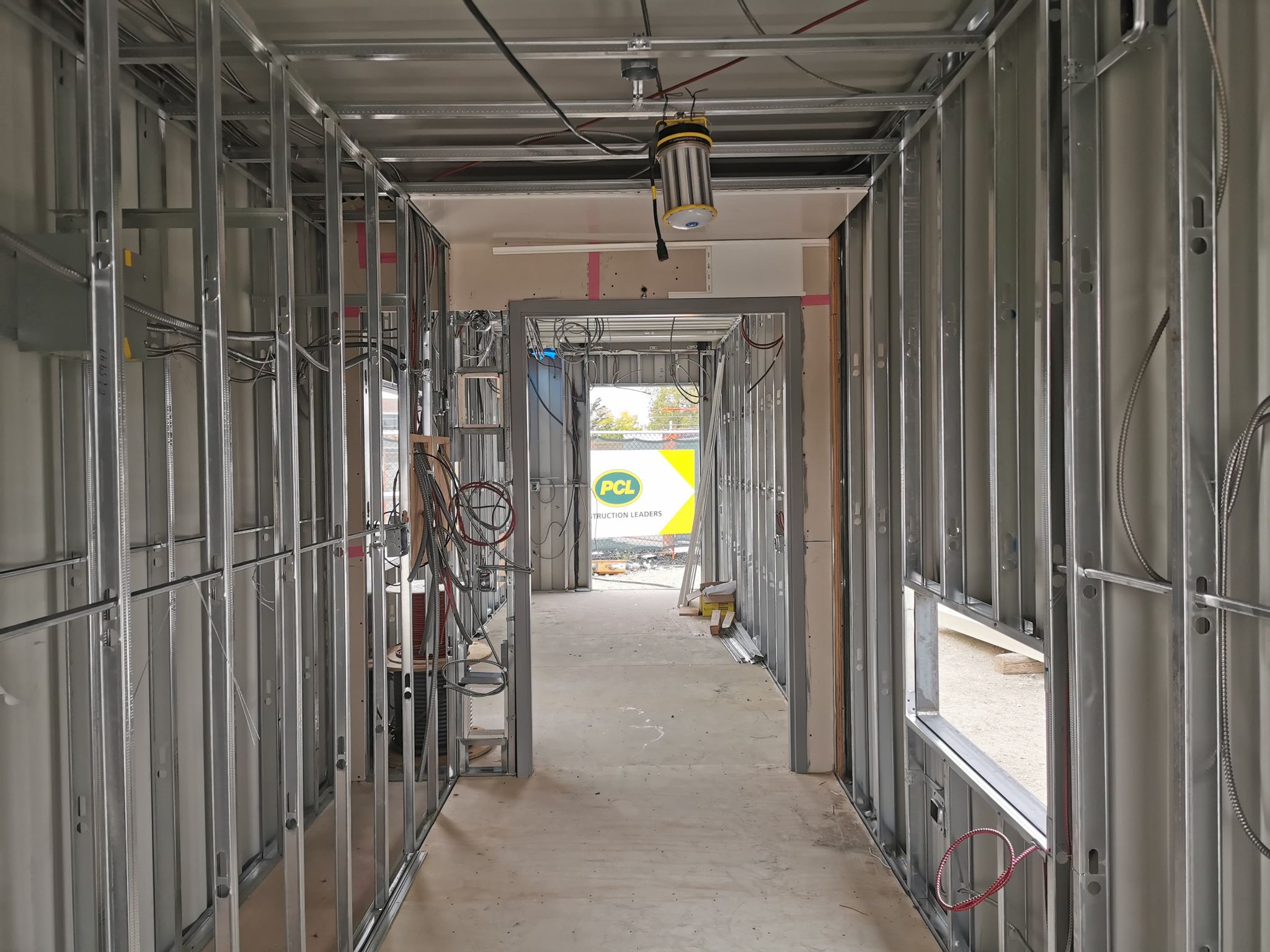 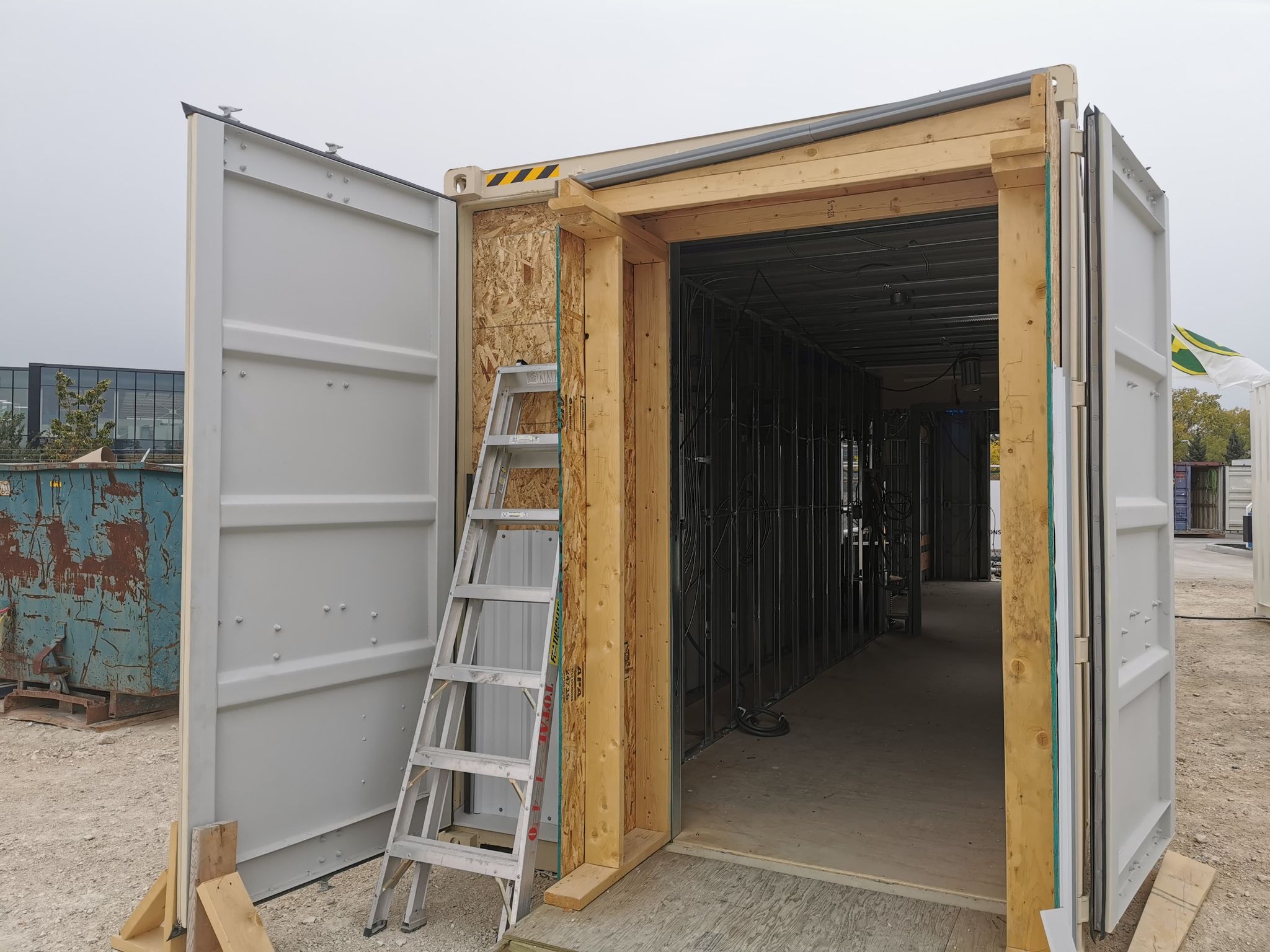 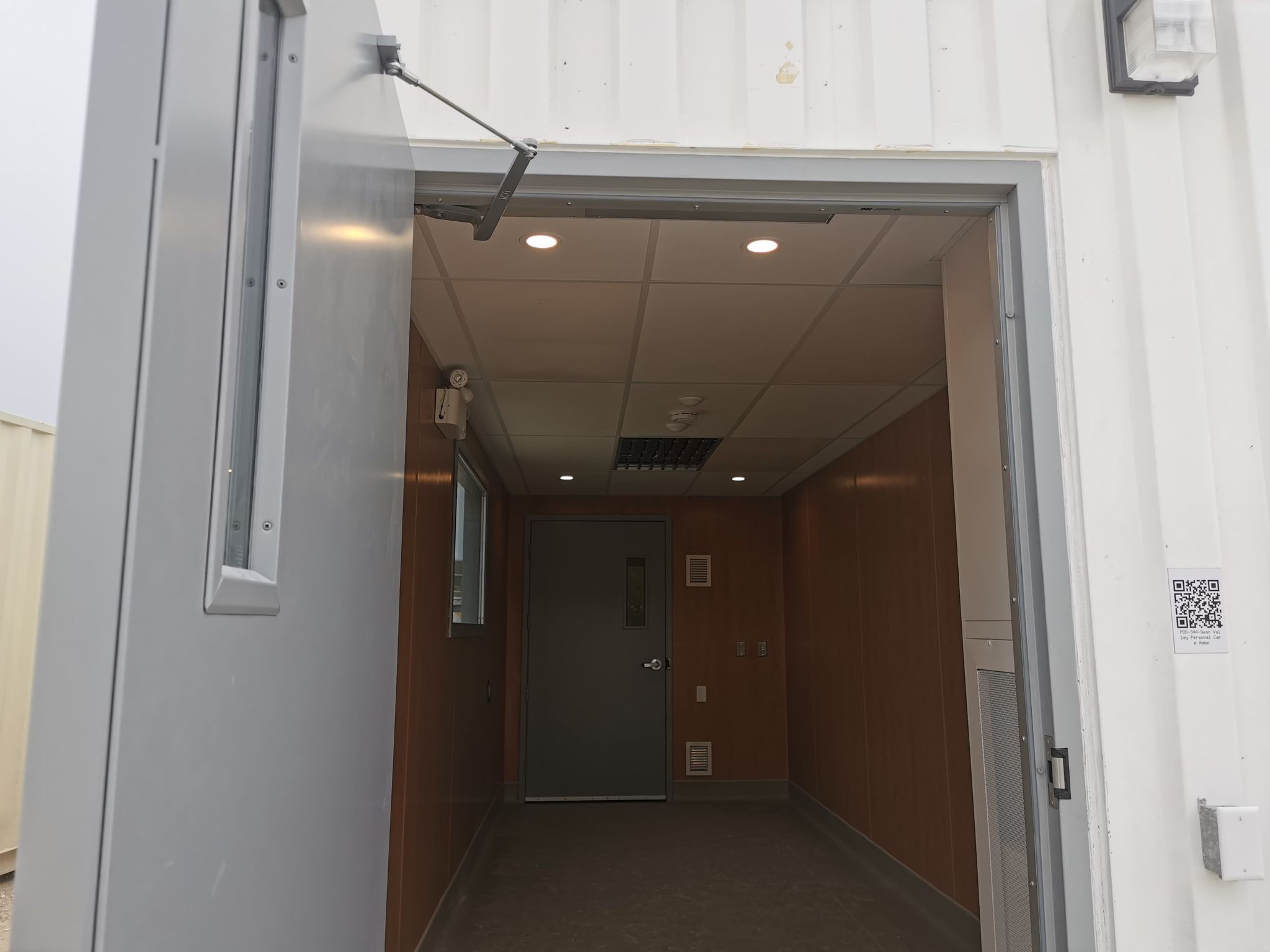 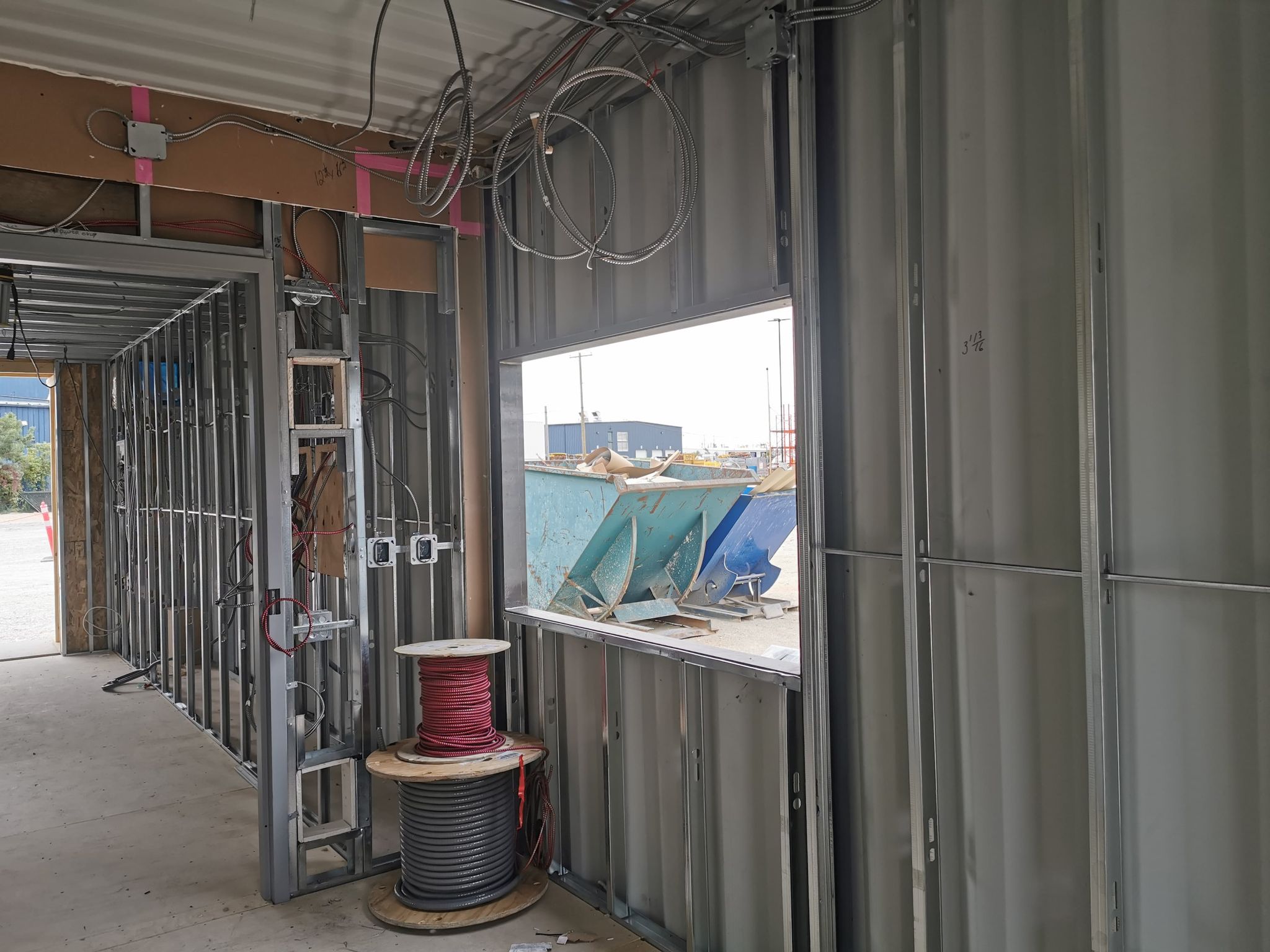 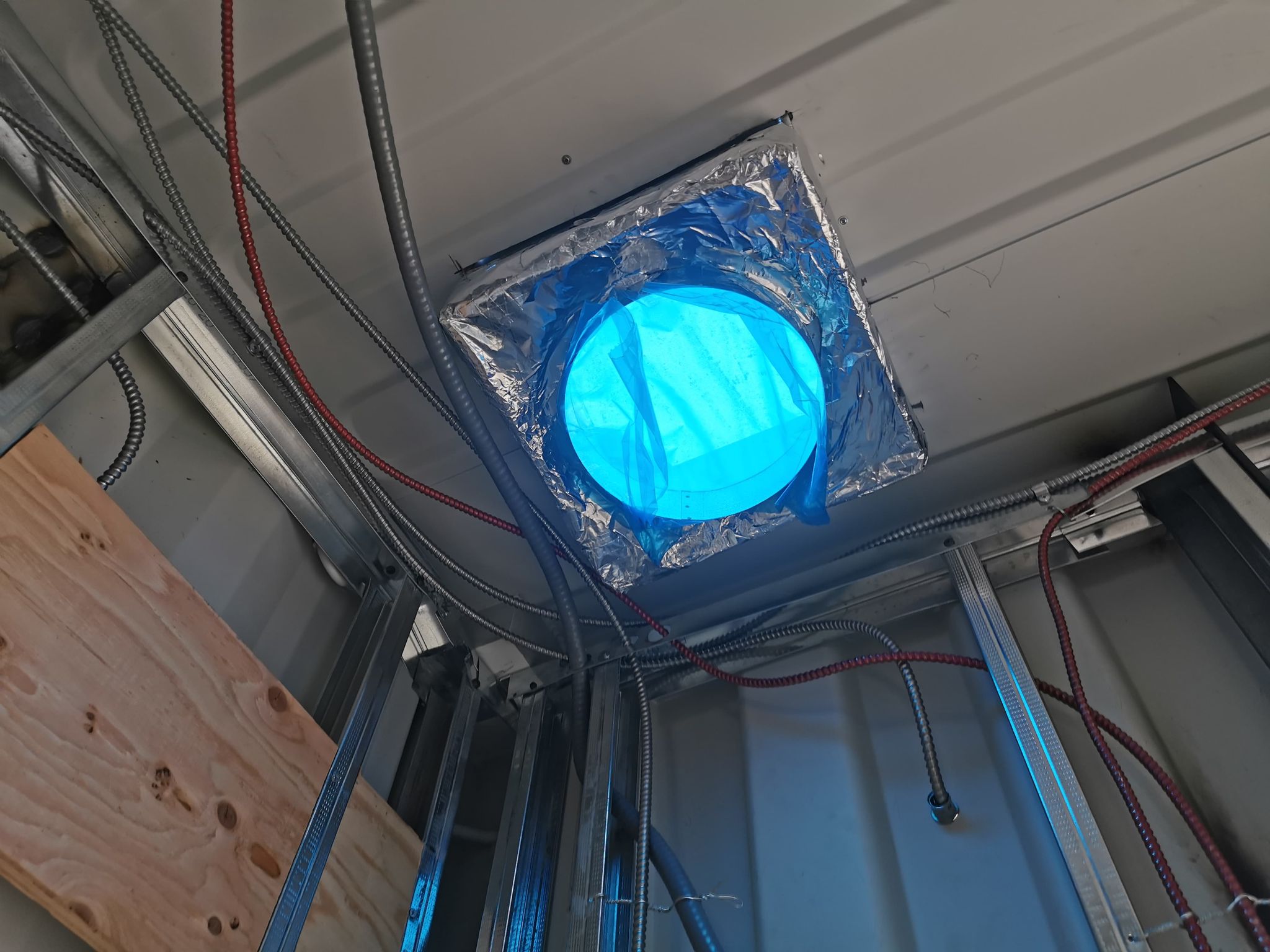 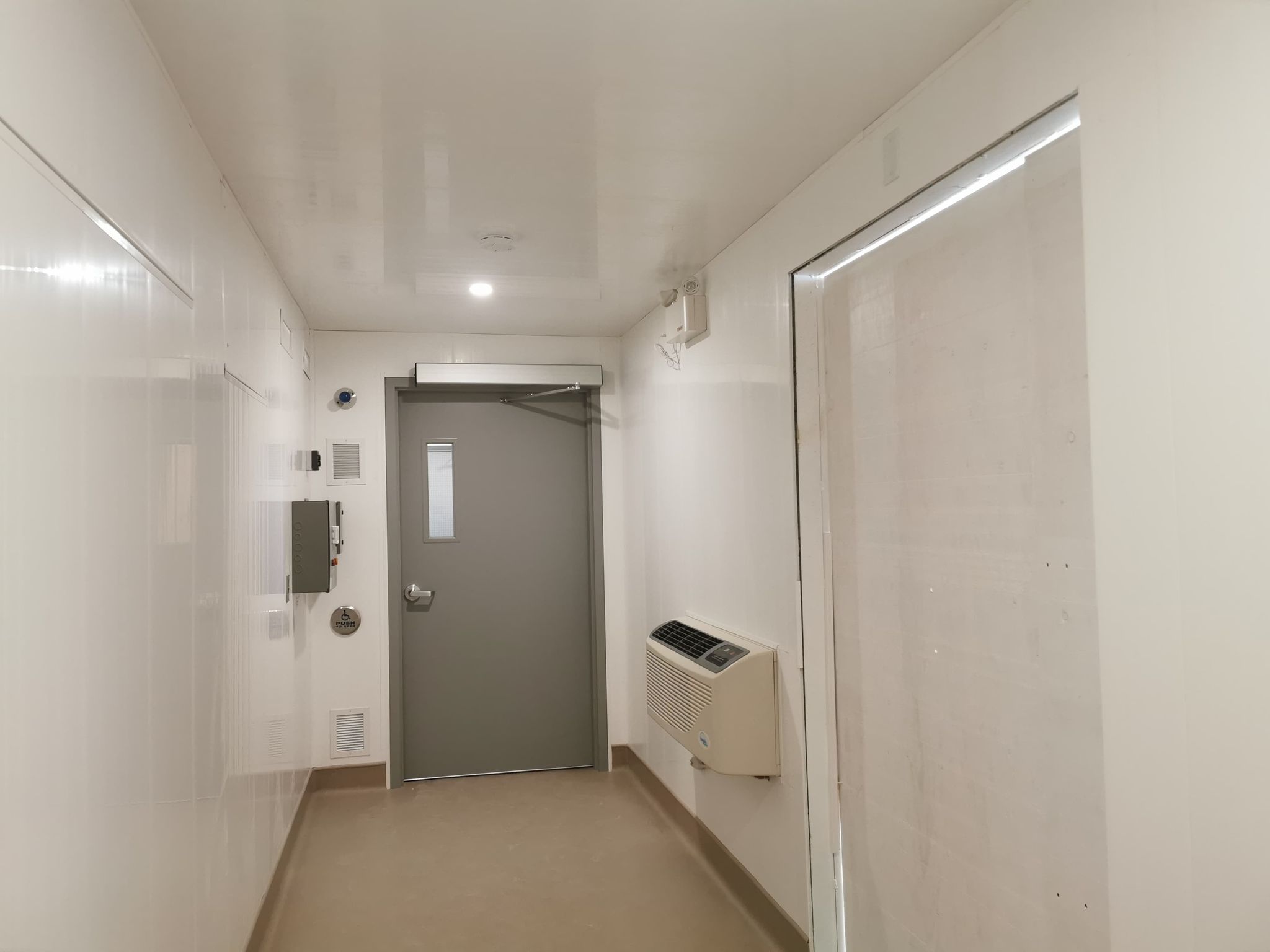